The craze around Forza Horizon 5 is getting bigger and bigger. Playground Games boasted that the game has already been played by over 10 million people. However, this number should not be equated with the results of sales. The project is also available in the Game Pass subscription. Despite this, the result is nevertheless very impressive.

Earlier - after crossing the threshold of 4.5 million players - Microsoft boasted that Forza Horizon 5 became the largest debut in the history of games released by Xbox Game Studios. Now it was reported that with the result of 10 million users, the game recorded the best first week in the history of Xbox consoles and Game Pass service. 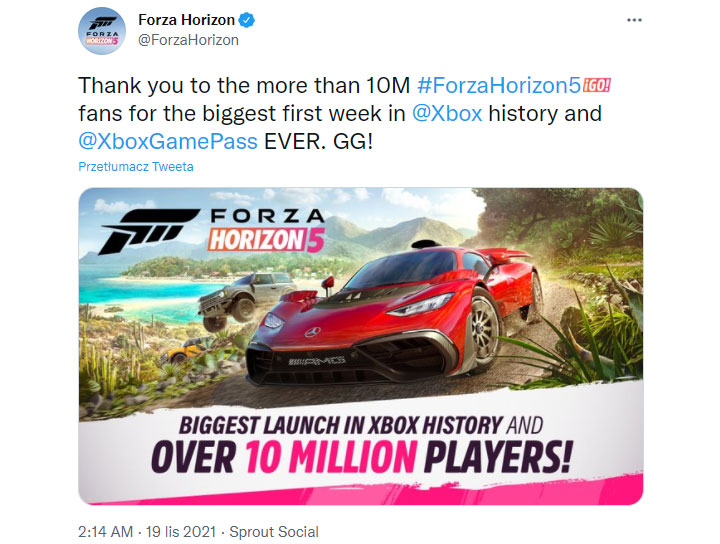 The official launch of the game on Xbox One, Xbox Series X/S and PC took place on November 9. It is also available in Game Pass subscription on all the aforementioned hardware platforms.

What is impressive is the rate at which the game is gaining popularity. Owners of the Premium edition could start playing as early as 5 November and over 800 thousand people took advantage of this option. On November 10, the number of players was already at 4.5 million, and across just two more days it increased to 6 million. Since then, another 4 million users have joined the races in virtual Mexico.

Battlefield 2042 Launch and Day One Patch