On January 1, 2022 the World Health Organisation (WHO) will officially introduce "gaming disorder" to the International Classification of Diseases. And while this decision continues to be controversial, arousing opposition from part of the community, some scientists believe that it is a good thing, because gamers that really are addicted will be able to get help and treatment. Clutch, a website that brings together thousands of players who share videos from many games commonly considered to be "time eaters", decided to take a look at the case. 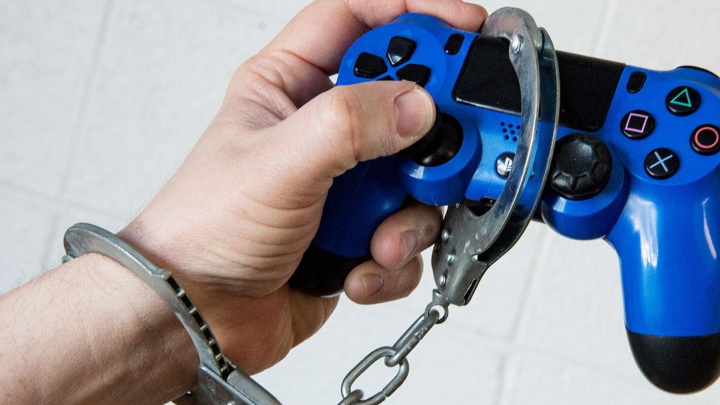 "Gaming disorder" will officially appear in the International Classification of Diseases on January 1, 2022.

A modified version of the Greenfield Video Game Addiction test was used in November 2019 to conduct the survey, which was completed by 1570 users. The average age of respondents was 20.55 years, 89.5% of them were men and 6.9% were women (other respondents did not specify their gender). The aim was to determine in which percentage of gamers, a seemingly harmless hobby can turn into a disease, and which gamers are more susceptible to gaming addiction.

How many gamers are affected by "gaming disorder"?

In the survey conducted by Clutch, the result of 41.2 points was considered positive (you can take the Greenfield Video Game Addiction test yourself at any time). From the data obtained we learn that as much as to 27.8% of users participating in the survey may be facing potential problem of gaming addiction. 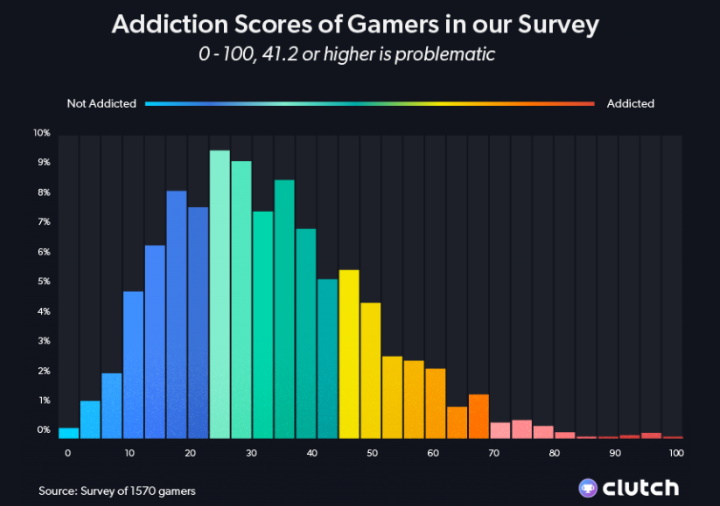 What games are most addictive?

The survey has identified the top potentially most addictive games. According to the authors, the number of rewards and frequency of being awarded is of great importance here - so it's not surprising that the games with the largest base of addicted players include For Honor, Overwatch, Fortnite, Rainbow Six: Siege, Apex Legends, Destiny 2, Rocket League or PUBG. Interesting are the high spots occupied by hits from Rockstar Games - Red Dead Redemption (probably the second part) and GTA V. However, it should be remembered that both productions offer extensive online modules.

Particularly Minecraft stands out in this category, which, due to its exceptionally sandbox-like character, does not have a clearly defined framework. However, it seems that this feature, combined with the popularity of the title, encourages longer sessions in front of the screen. It is also surprising that the hit MOBA from Riot Games, League of Legends, is nowhere to be found among the games with the largest base of addicted players. 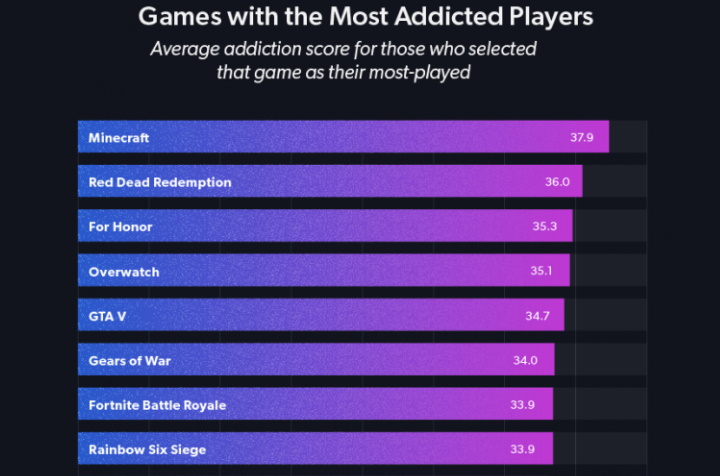 Which players are most vulnerable to gaming addiction?

The authors of the survey were curious what other factors could lead to an increase in the likelihood of gaming addiction. It turns out that one of them may be a gamer's employment status. As you can easily guess, full-time or part-time employees are the least exposed. On the opposite side we have players who are unemployed and looking for a job, usually they have much more free time and thus the opportunity to lose themselves in virtual worlds. As Clutch notes, the lack of employment often leads to depression. People who suffer from it are much easier to become addicted to various drugs or behaviors. 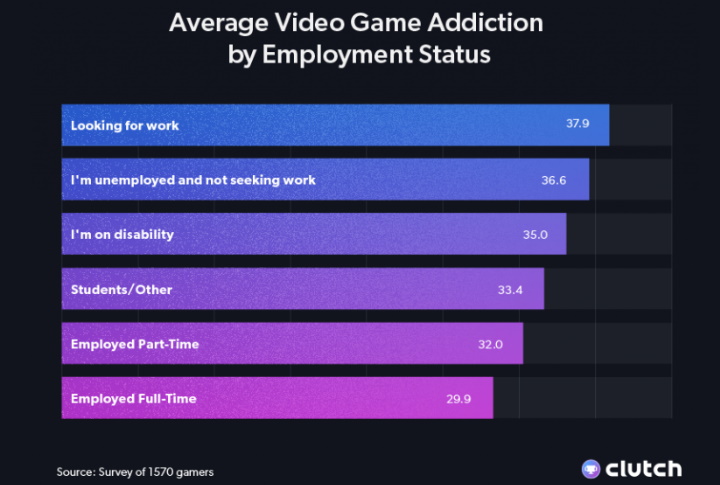 How often do you play?

The people surveyed by Clutch are mostly hardcore players. As many as 68% of them engage in their favorite hobby every day, and 21% fire up their gaming equipment 4-5 times a week. Of course, the frequency of gaming is not automatically linked to addiction, although the pretty high baseline result (27.8% of people with a potential problem), as well as the experience of people dealing with other addictions, indicate that this is certainly a factor that promotes the disease. 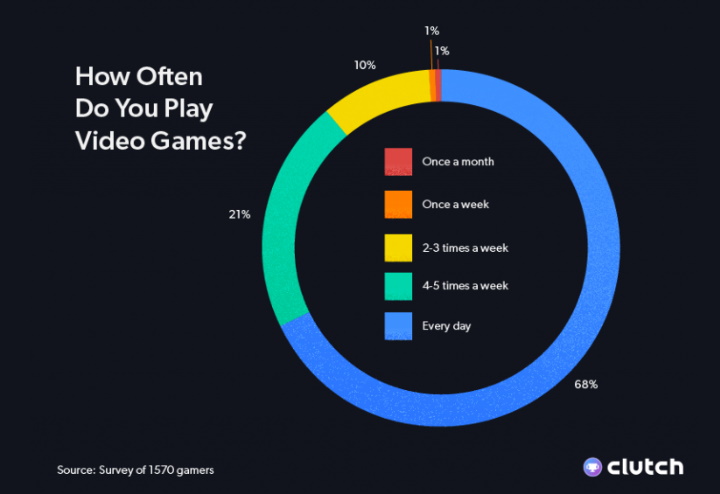 The survey shows that more women (36.4%) than men (33%) are facing the problem of potential gaming addiction. Interestingly, in the case of the fair sex, a single average gaming session takes 19 minutes longer. Women also play more regularly than men - 70% of them engage in their hobby every day (for men the result is 68%). It is possible that this situation is influenced by the high popularity of mobile games among women. 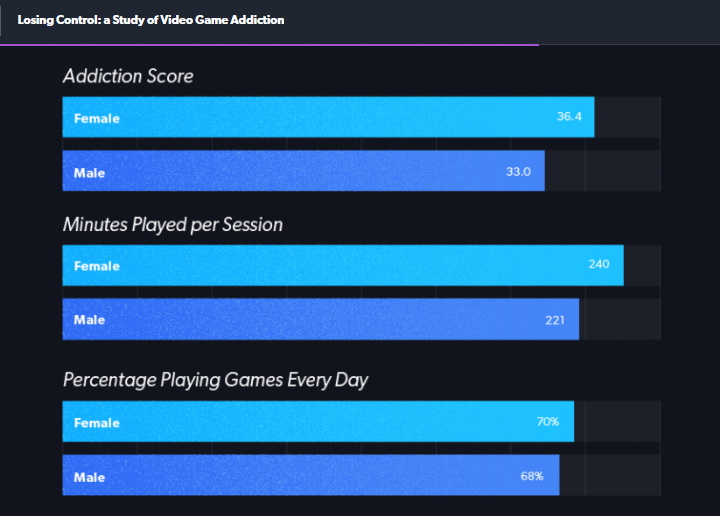 In the context of players' age, the highest scores in terms of potential gaming addiction, at the level of 35.4%, were achieved by representatives of the so-called Generation Z (people who entered adulthood in the second decade of the 21st century), they also hold the longest sessions. At the other extreme, with a result of 29.2%, there were the so-called Millennials (people born in the 1980s and 1990s), although they are the ones who most often reach for games every day. As far as the potential addiction rate is concerned, the representatives of generation X (players born in the second half of the twentieth century) were placed exactly in the middle, with a score of 32.4%.

Determining whether a gamer actually suffers from a disease called "gaming disorder" is a complex process that requires a case-by-case approach. Therefore, surveys of this type can only be treated as a guide that can lead us to certain preventive solutions. However, it is easy to see that some people, who often play specific games and have unstable employment situation, seem to be more vulnerable to gaming addiction.

Lastly, we recall the three symptoms included by the World Health Organization in the definition of the disease: