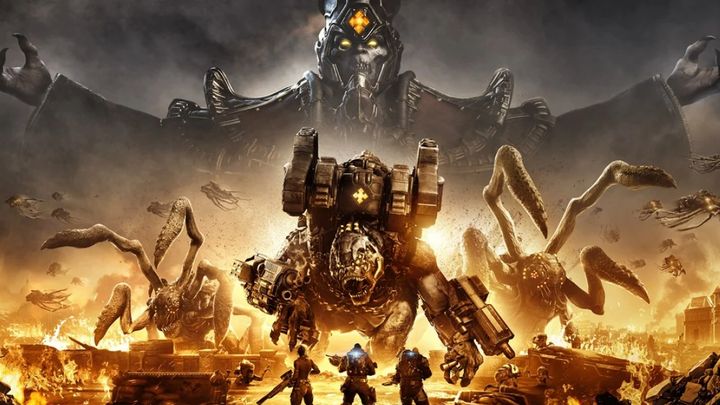 Gears Tactics, a strategic spin-off of the Gears of War shooter series and resembling the popular XCOM series, will launch today. The game is available on Xbox One and PCs (on Steam and Microsoft Store for $59.99, so far still only in pre-sale - it should be unlocked around 7 AM PDT).

The game was warmly welcomed by industry experts, as we wrote in yesterday's news. Here you will find the hardware requirements of the PC version.

We would like to remind that the game will also be included in the Game Pass service. The subscription is available on PCs and consoles from the Xbox One family. As part of the subscription (monthly price is $4.99 for PCs and $9.99 for consoles), we get access to a wide and constantly updated game catalogue, which includes both new and older productions. We can also opt for the Ultimate variant, which combines both solutions (also includes Xbox Live Gold). On the day of launch, all exclusive titles of Microsoft'sin-house devteams (including Ninja Theory, 343 Industries, and Obsidian Entertainment) are released in Game Pass. An additional bonus are discounts on shopping in Microsoft Store.

It is worth noting that the PC version of Xbox Game Pass is currently in beta-testing phase. Those who haven't used the service yet can buy a monthly Ultimate subscription at a special price of just $1

Drug Dealer Simulator Becomes a Hit and Will be Developed

Rumor: Studio Working on DayZ was Shut Down [Updated]