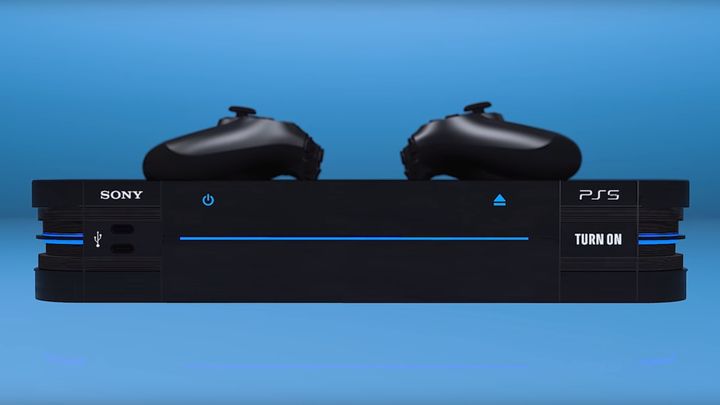 German Media Markt has another idea for the PS5 look.

Some time ago, graphics showing the possible appearance of PS5 appeared on the web. They were created based on the design of so-called devkits, devices sent to developers working on games for the new platform, which was then confirmed by a photo published by one of the Dutch websites. However, the consumer version of the console does not necessarily have to look like its developer version. The German branch of the Media Markt chain decided to play with PlayStation fans and develop their own PS5 visual concept. You can admire the effects on the video below.

Frankly speaking, I like German designers' ideas more than the appearance of the actual dev-kit. The console they invented has a more classic shape, but at the same time it does not look outdated - thanks to rounded corners, among other things. The backlit bar also impresses with its familiar PS4 Pro design. Unfortunately, the final effect is spoiled by a little too big and unnecessary markings, especially the big Turn On inscription. However, the design of the controller looks interesting, resembling Dualshock 4, but instead of a touchpad it has a curved screen, which smoothly merges with the rest of the construction.

Which version do you like better? Do you prefer the German project, or would like PS5 to resemble the devkit presented earlier? Or maybe you hope that Sony will surprise you with a completely different concept? We would like to remind you that the final appearance of PS5 will probably be known only in February 2020. - that's when the console-related event is due to take place. The device will go on sale in the holiday season next year.