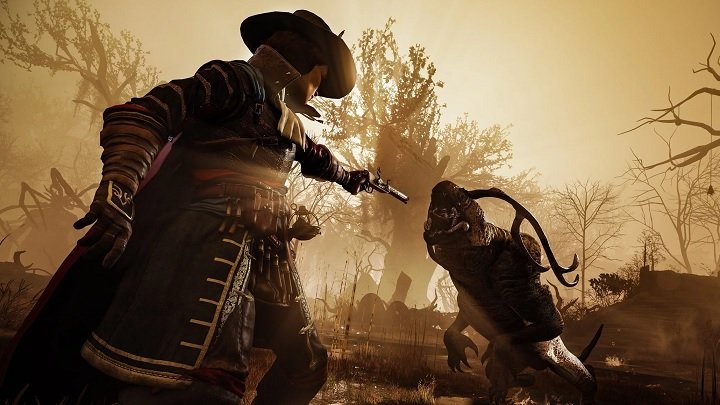 GreedFall is another success of the publisher in the RPG category.

Focus Home Interactive has released its financial statement for the first half of the financial year 2019/2020, i.e. the period from April 1 to September 31. The publisher's revenues amounted to 79.8 million euros, which is an increase of as much as 80% compared to the corresponding six months of the previous year.

The company's bosses cite A Plague Tale: Innocence and GreedFall's succesful launches as the reason for such good results. Both games turned out to be commercial successes, but unfortunately no specific sales results were revealed. The only data at our disposal come from estimates of the paid version of SteamSpy, which show that the PC version of the first of these games found 193,000 buyers, and the second one - 113,000. The publisher stresses that GreedFall in particular is doing better than predicted by the company's internal forecasts.

Such numbers may not seem very impressive, but it is worth remembering that these are not high-budget productions. For comparison, last year, a month after the release, Vampyr (another game released by Focus Home Interactive) had 450,000 copies sold and the publisher said that half a million would be enough to get even. At that time, according to SteamSpy's estimates, there were 162,000 PC copies.

Focus Home Interactive is also satisfied with the sales results of World War Z. It should be mentioned here that the company is only publishing console versions of the game (on PlayStation 4 and Xbox One). Mad Dog Games plays this role on the PC.

It is worth noting that on September 24, Focus Home Interactive released The Surge 2. The company expects that sales of this game and add-ons will increase its financial results in the coming months. The publisher also reported that digital distribution accounted for as much as 84% of its revenue in the first half of the financial year 2019/2020. In the same period of the previous year it was 65%.

Let's remind that A Plague Tale: Innocence debuted on May 14, this year. GreedFall, on the other hand, appeared on September 14. Both productions are available on PC, Xbox One and PlayStation 4.