The announcement of GTA: The Trilogy - The Definitive Edition brought news of the classic versions that make up this set of game, namely GTA 3, Vice City and San Andreas, being pulled from digital sale. Fans began to ask Rockstar Games to leave the originals, but apparently this did not help. In several regions of the world - specifically Australia, most Asian countries and the Middle East - the original games are no longer available for purchase. 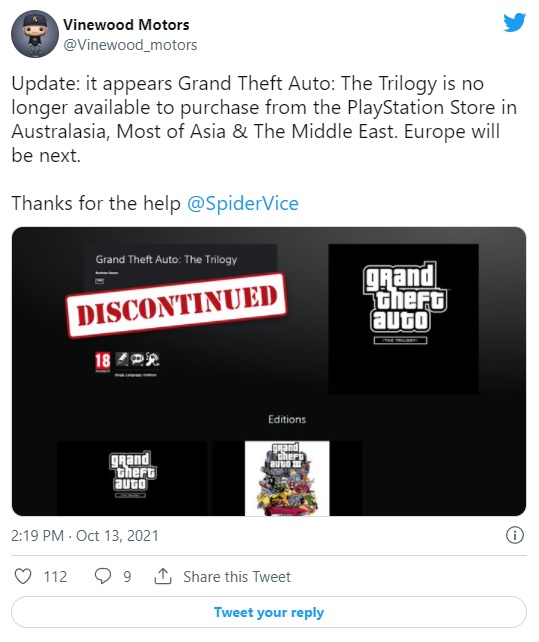 In Europe, all three titles can still be purchased, for example on Steam. Them being pulled from Valve's platform seems to be only a matter of time, however, as popular stores like Humble Store, GreenManGaming.com and WinGameStore.com no longer offer these classic titles. Instead, you can purchase The Definitive Edition - at a high price, which we wrote about on Monday. Let's hope that the remasters will be worth it. 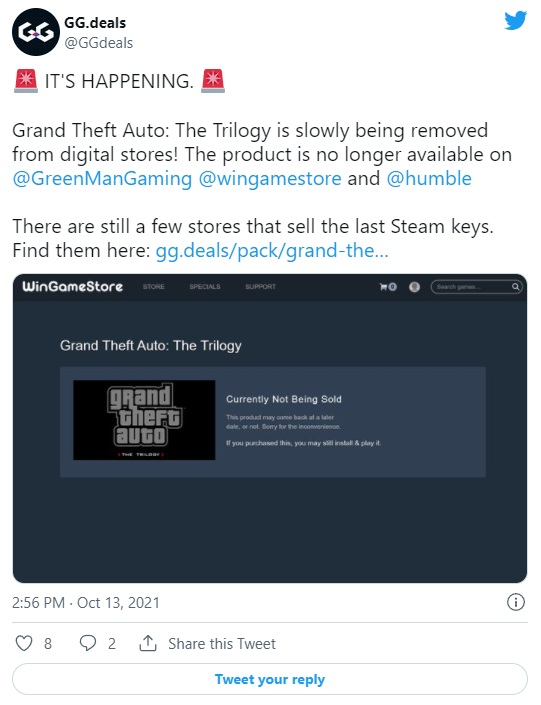 Netflix Could Make a Video Game Based on Squid Game