Fortunately (or unluckily - depending on how you look at it), fans of the game who were watching the artist quickly took screenshots of this message. The photo below shows the distinctive dots on the star's face, used for capturing facial expressions. 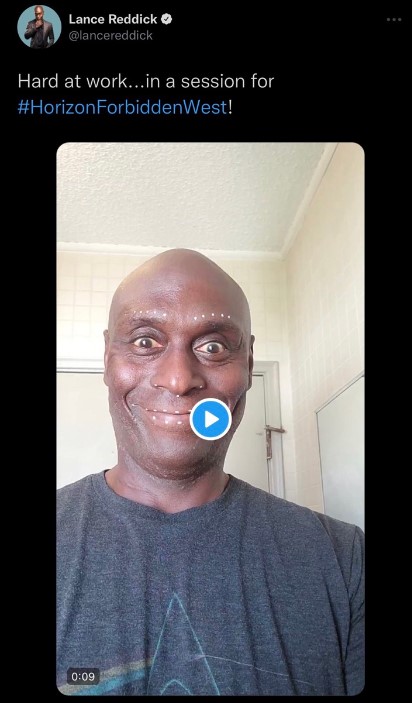 Interestingly, this isn't the first time we've heard about the return to the studio of an actor known from a Guerrilla Games title. Some time ago Internet users noted that Peggy Vrijens (Aloy) also took part in motion capture scenes.

Of course, the DLC would not be a big surprise. Horizon: Zero Dawn also got an expansion, in the form of The Frozen Wilds, less than a year after the release of the base game. Apparently, Sony sees Horizon's huge potential as IP - in addition to its top-selling game series, the Japanese company is developing with Netflix a series about the adventures of Aloy.

Finally, let's recall that Horizon: Forbidden West debuted on February 18, this year, on PlayStation 4 and PlayStation 5.