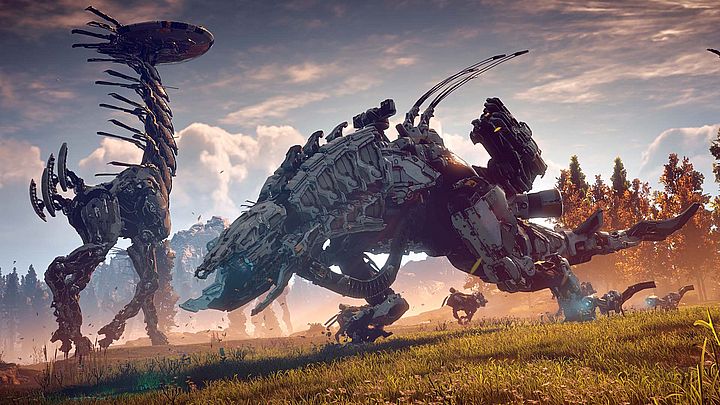 Are you waiting for Aloy's adventures to continue?

Just a few days ago there were rumors on the web that the continuation of Horizon Zero Dawn is in the works. All thanks to a fan interview with one of the voice actresses known from The Frozen Wilds expansion during Star Wars Celebration. The information was more or less confirmed by Jason Schreier from Kotaku. When it seemed that the topic had faded away and it was enough to wait for an official announcement from the creators, Wccftech dug up further unconfirmed information related to the sequel as well as the release of PlayStation 5.

Leaks come from a user who claims to be an independent developer from the European Union, working for 8 months on an alleged PS5 launch title (with a release planned for 2020). Rumor has it that Horizon Zero Dawn 2 will be released on the new Sony console in 2021. What is more, it is not the only title that appears in the said entry. PlayStation 5 would also be home to: Gran Turismo 7 (VR), The Last of Us 2 Remaster, Ghost of Tsushima Remaster, Battlefield: Bad Company 3 and, as a temporary exclusive, GTA VI.

It is worth noting, however, that the entry comes from December 2018, so the reports should be approached with appropriate caution. However, this does not change the fact that most of the information provided there may be true. From the leak, we learn that Sony will present the new console to the world around E3 2019 (not at the event itself, but at a similar time), which the Japanese giant will miss. PlayStation 5 would debut on the market in March or November 2020 and offer backward compatibility. Manufacturers are supposed to focus more on VR titles and 4K technology. The console would cost $499.

Naturally, you can not fully believe all the news about the new games and consoles from Sony. But I think you'll admit that at least half of them sound likely. You can read the complete leak here. Who knows, maybe we have just learned a lot of details about what 2020 will look like in the gaming industry?