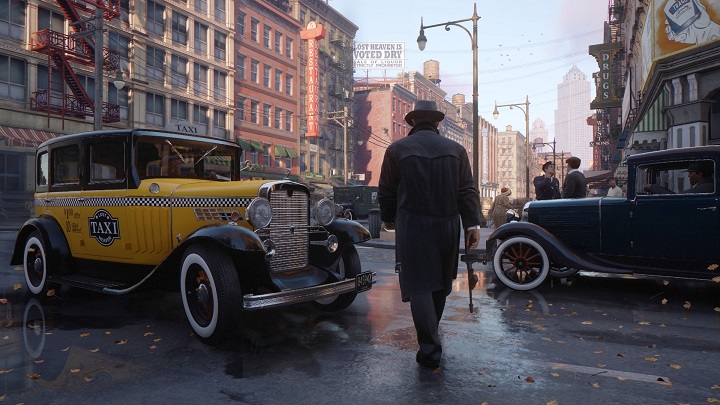 The refreshed Mafia will debut tomorrow.

Tomorrow, Mafia: Definitive Edition, a remake of an iconic game from 2002 about rookie gangster Tommy Angelo, will launch. After 18 years, the players will once again visit the fictional city of Lost Heaven to relive Tommy's fate, but this time with much improved visuals. We will also receive expanded stories of some of the characters and new dialogues and cut-scenes. Today, however, because we already have access to the game, we would like to introduce you to one of the most powerful scenes of the whole series, which has undergone minor changes in the remake.

In the further part of this news you will find spoilers from the story presented in the first and second part of Mafia.

In the epilogue of the original Mafia, the main character, Tommy Angelo, dies in the the front yard of his house, where he was hiding after getting becoming a witness and rating on the Salieri family. The identity of his tormentors was not revealed at the time, but we found out that they were directly linked to Salieri. In the second installment, Tommy's murder was featured in one of the missions and we found out that Vito and Joe, the main protagonists of Mafia II, got rid of him.

The updated version of Mafia is faithful to the end of Tommy's story, but this time his killers are introduced directly. The year of this unfortunate event has also been changed (from 1957 to 1951) to match the timeline of the second game. In addition, the scene has been recreated almost identically. You can watch it in its entirety in the video below.

As a reminder, the Mafia remake will be released tomorrow (September 25) on PC, PlayStation 4 and Xbox One. Just over a week ago the devs shared the game's system requirements on PC. You can find them here. You can already read a review of the game title on our website: