Paradox Interactive revealed the release date of the next expansion for Imperator: Rome, and with it the major update 2.0. The so-called Marius Update will be available on Steam, GOG.com, Microsoft Store and the publisher's official store on February 16. The addition titled Heirs of Alexander will take us to the Hellenistic kingdoms of the Mediterranean and Asia, enabling us to follow in the footsteps of the titular successors of Alexander the Great. The DLC will also introduce the ability to design our own wonders, as well as new deities, treasures, unit models and three soundtracks.

But it's not the new features that are the most interesting. Imperator: Rome was one of those games which, after its release, disappointed some players (and at the same time sold above expectations). Even now, after many warmly received updates, only 52% of over 13,000 reviews on Steam are positive. However, the Marius Update is marked as version 2.0 for a reason, as the update will introduce quite a few changes, with a completely new interface at the forefront (the current one was one of the most frequently criticized elements of the game). 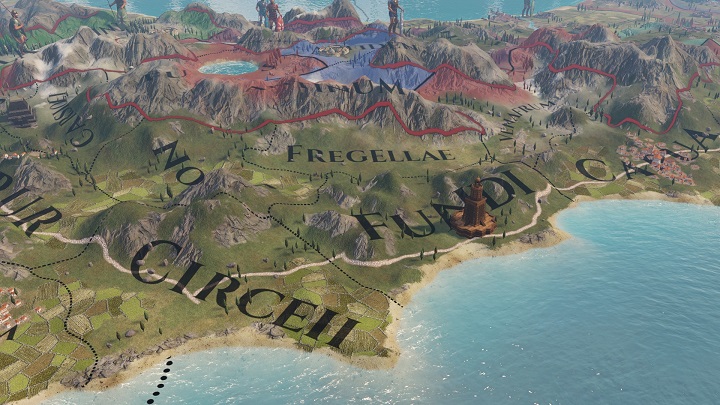 The big update for Imperator: Rome is to solve some of the game's problems.

The developers have also redesigned the mechanics associated with military operations. Along with the debut of Marius Update we'll get: the option to enlist troops from the province, the ability to create legions (albeit with the risk of their betrayal) and significantly modified military traditions. An interesting feature will be the biographies of mercenaries and legions: their achievements will be recorded by the game, affecting the honors and punishments awarded to them. Other innovations include changes to the deity and fort systems, new structures in the harbor, and much, much more. Many of these improvements are discussed in the numerous entries on Imperator: Rome's page on Steam .

After these announcements, it's hardly surprising that the community focused around Imperator: Rome is hoping that the Marius Update will become to the game what the NEXT (and other big updates) was to No Man's Sky. Whether that will indeed be the case, we'll find out in two weeks.