Do you still remember about Land of War: The Beginning? It's quite possible that the title went off your radar, as the release was delayed some time ago to the second quarter of 2021. However, the devs decided to remind us about themselves and mentioned a new mechanic added to the game (a statement by Krzysztof Stabry³a, level designer at MS Games, and Mateusz Stabry³a, the Head of Production, can be found on Steam), which will make it possible for us to experience the events of the September 1939 campaign also in the air:

"We have introduced a completely new scene to the game on which we will play as pilot of Polish-made PZL P.11c plane.The gameplay on this scene is extremely dynamic and full of twists.

The decision to introduce this mechanic was caused by the desire to show the entire spectrum of warfare at the beginning of the II world war."

We see that the game will go beyond the usual "boots on the ground" FPS formula and we'll also get some more experimental sequences, which are supposed to give us an even clearer picture of the brutal realities of war. Even a screenshot has been published, in which we can see the aforementioned fighter plane in action: 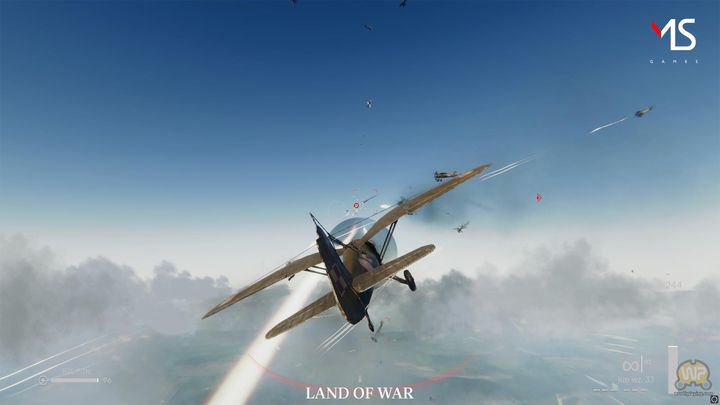 Air duels will be part of Land of War. Source: Worthplaying

The title, as we mentioned earlier, will appear with a delay, and its exact release date is not known (around the second quarter of 2021).