J.J. Abrams may not have wanted to reveal the name of the careless actor involved in the disappearing script incident, but it was eventually revealed... by the culprit himself. It was John Boyega, the actor playing the role of Finn, who confessed to leaving a copy of Star Wars: The Rise of Skywalker script under his bed. As he revealed during the last episode of Good Morning America (via The Hollywood Reporter), he put the document there in the evening with the intention of taking it first thing in the morning. However, in the meantime, his friends came up, and after the obligatory party, the question of the bedded treasure completely vanished from his mind:

"I was like, I will leave it under my bed and when I wake up the next morning, I will take it and then move. But then my boys came over and we started partying a little bit. And the script, it just stayed there. And a few weeks after, this cleaner comes in, finds this script and puts it on eBay for like 65 pounds ($84). The person didn't know the true value."

Judging by the price, the cleaner did not realize what treasure he had found, what the actor should consider that as a gift from fate. Finally, if the finder associated the presence of the script with "Finn's" earlier stay, he would probably visit Reddit, Facebook or any other social website to boast of his discovery. Meanwhile, no such leaks appeared, and although Boyega had to hear a lot from many important people (as he jokes, even Mickey Mouse called him), eventually everything ended happily. At least for the actor and Disney, because there will probably be a few people who regret that they did not see the sale offer before Disney's employee. 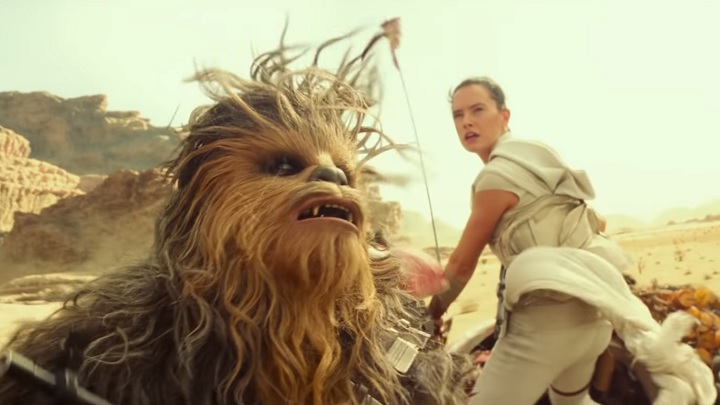 The storm troopers have an unpleasant surprise for Rey and the company.

The countdown to the premiere of Star Wars: The Rise of Skywalker can officially be considered as commenced. Director J.J. Abrams announced the end of post-production of the ninth episode of Star Wars last Sunday. He provided the information during the last episode of Good Morning America TV show (via Twitter). What is more, he also presented a fragment of the film, which was later shared on the official Star Wars channel. On the material we see Rey, Chewbacca and the rest of the famous heroes running away from the First Order on the desert planet Pasaana. However, the soldiers chasing them have an unexpected ace up their sleeves. You can watch the clip below.

During the show, Abrams also said a lot about the film, including the return of the late Carrie Fisher in the role of Princess Leia and expectations of the film that is the culmination of not only the new trilogy but also the story of the Skywalker family. However, for many, it may be more interesting to know that one of the The Rise of Skywalker scripts has appeared on eBay. Basically, all information about the ninth episode was closely guarded (the director went so far as to describe the precautions taken as "crazy"), but there was one funny slip-up. A nameless actor was supposed to leave his script under the bed, where it was found by the person cleaning his room. The cleaner did not fail to hand over the documents to a friend who did not waste any time. What a surprise to Abrams it must have been when one of Disney's employees found a sale offer of the original script for the new Star Wars on eBay. 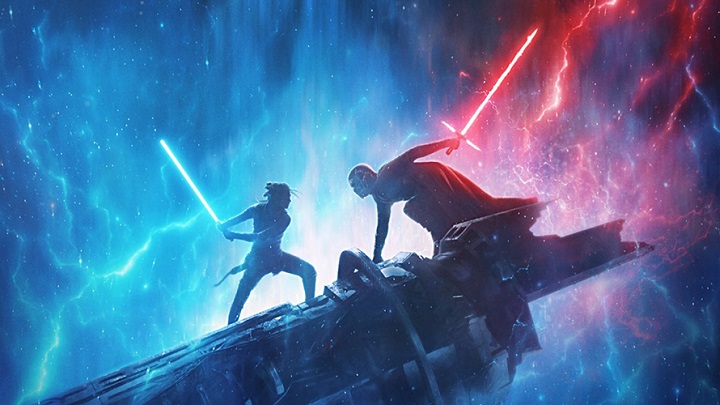 Script of Star Wars 9 was almost ready to go online before December.

Fortunately, the text was retrieved before the offer found a buyer, who probably wouldn't hesitate to boast about his purchase on the Internet. Which means we won't know the plot for nearly a month.