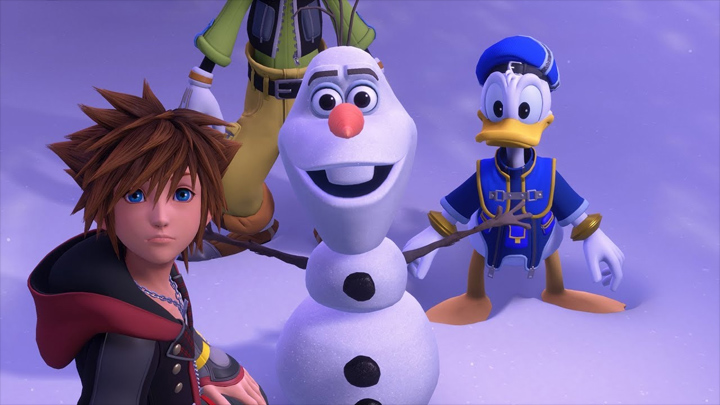 Kingdom Hearts III turned out to be the biggest release of January.

The NPD analytics have released a sales report summarizing the results of the US gaming market for January, this year. Sales of consoles, accessories and non-second-hand copies of boxed games generated $893 million, down 19% when compared to the first month of 2018. Traditionally, we would like to remind you that the figures do not give a full picture of the condition of the industry, as they do not take into account the trade in used game copies, and the NPD still does not have complete data from digital distribution and microtransactions.

In January, the Americans spent $427 million on new PC and console games, which is an 18% decrease compared to the same period last year. Last month has seen an abundance of major releases. Productions such as Resident Evil 2, Kingdom Hearts III and New Super Mario Bros. U Deluxe did exceptionally well. The 2018, however, opened with the spectacular launch of Monster Hunter: World, which turned out to be a huge success.

Games that generated the bihhest revenue in January:

Kingdom Hearts III scored the best launch in the history of the brand and generated 2.5 times more revenue than the previous record holder of the series, i.e. Kingdom Hearts II released on PlayStation 2.

Resident Evil 2 also did a great job. In the case of this remake, the revenue achieved in the month of the release was almost three times higher than in the case of the 1998 original.

Bandai Namco Enterainment also has reasons to be satisfied. Ace Combat 7: Skies Unknown had the best launch in the history of the brand.

In this case, the digital sales of Super Smash Bros Ultimate and Mario Kart 8 Deluxe as well as digital copies of the PC versions of Call of Duty: Black Ops IIII and Madden NFL 19 were not included in the results.

Games that generated the biggest revenue on individual platforms in January:

Traditionally, the entire Switch console listing has been based solely on box sales, as Nintendo does not share digital distribution results with the NPD group.

Also in the case of the Nintendo 3DS, the list includes only box sales.

In January, console sales alone generated 199 million dollars of revenue (down by 28%). Last month belonged definitely to Nintendo Switch, which won both in terms of the number of copies sold, as well as revenue.