Update: THQ Nordic has officially confirmed that Kingdoms of Amalur: Re-Reckoning is in development. The announcement was accompanied only by an assurance that the remaster will offer "stunning" visuals, tweaked gameplay and all DLCs that were released for the original title. No list of target hardware platforms or other information was given. 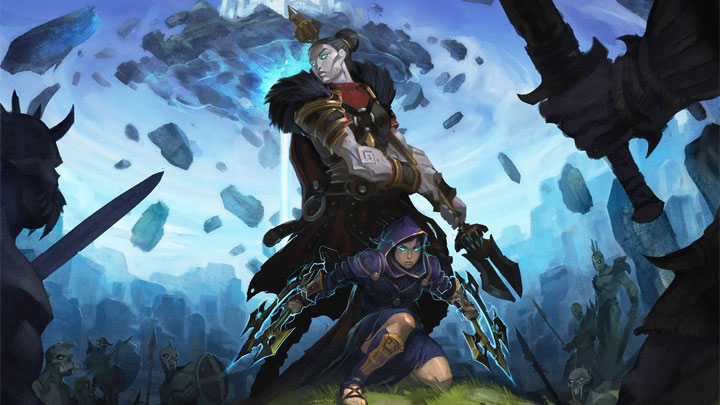 The Remaster is due to come out in August.

Speculation about the remaster of Kingdoms of Amalur: Reckoning have been making rounds for a long time. Now we know for sure that such a project is in development. In Microsoft Store there is a website dedicated to Kingdoms of Amalur: Re-Reckoning. Probably somebody got ahead of the schedule and mistakenly made the game's profile available before it was officially announced.

After this leak we can expect that the remaster will be announced soon. The game's release is scheduled for August 11, this year. In Microsoft Store only the Xbox One version is being mentioned, but almost certainly the project will also be released on PCs and PlayStation 4. We wouldn't be surprised if a release on Nintendo Switch was also planned.

The description in the store is quite modest in terms of the novelties offered by the game compared to the original. Kingdoms of Amalur: Re-Reckoning is to have an improved visuals and include both expansion for the original game, The Legend of Dead Kel and Teeth of Naros. Kaiko is responsible for the remaster. The team specializes in refreshing older games and previously worked on Darksiders Warmastered Edition, Darksiders II: Deathinitive Edition and Legend of Kay Anniversary.

It is worth mentioning that two years ago the Kingdoms of Amalur brand was acquired by THQ. Immediately, speculation about a remaster of KoA: Reckoning began, but these hopes were quickly cut short by the information that in order to develop such a project the consent of Electronic Arts would be needed, which holds the publishing rights to the original. So it's good that finally, both companies came to an agreement.

Let us recall that Kingdoms of Amalur: Reckoning was released in 2012 on PC, Xbox 360 and PlayStation 3. The game was the now defunct teams at 38 Studios and Big Huge Games. The game was warmly received and the PC version has an average rating of 81%.