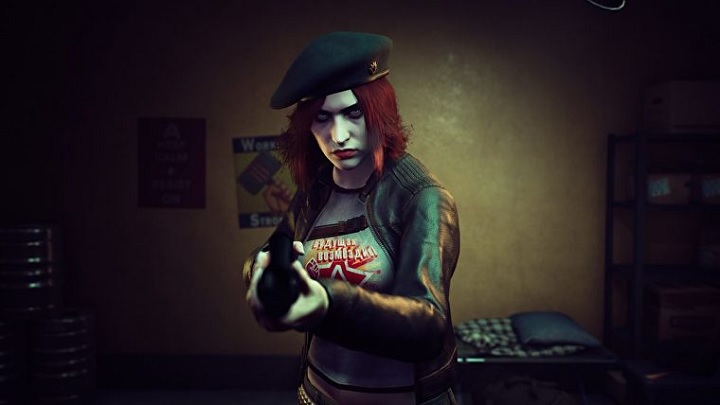 The lead writer of the first installment of Vampire: The Masquerade - Bloodlines is no longer working on the sequel.

Fans looking forward to the sequel of Vampire: The Masquerade - Bloodlines are used to waiting by now. After all, it took almost 15 years after the release of the original for them to receive the announcement of a sequel. However, even they expressed their dissatisfaction after another delay of the second installment of the vampire series. The latest announcement is unlikely to improve their mood. On the official website of Vampire: The Masquerade - Bloodlines 2 it was announced that the lead writer Brian Mitsoda and creative director Ka'ai Cluney are no longer members of the development team. This is due to a joint decision of representatives of Hardsuit Labs and Paradox Interactive, who wish both devs good luck in the future.

Brian Mitsoda is known to fans as one of the fathers of Vampire: The Masquerade - Bloodlines. It was from under his hand that the script for that game came out. His involvement in the sequel was a reason for many to believe in the upcoming project. This was emphasized by Paradox Interactive, constantly bringing the dev to the forefront of the game's announcements. That's why him being laid off (because that's how the announcement should be read) is a huge surprise, especially since no reasons were given for this decision, as was the case with similar cases in recent months. Mitsoda himself is no less suprized, who in an e-mail to Rock, Paper, Shotgun said that to say this was shocking for him would be a big understatement. Add to that the aforementioned delay of Vampire: The Masquerade - Bloodlines 2 and Chris Avellone's departure (let's mention that this was the result of the accusations against the screenwriter) and it's hardly surprising that fans are starting to express their concerns about the project on social networking websites (for example on Reddit).

The announcement mentions that the role of creative director will be taken over by Alexandre Mandryka, who has experience with e.g. the Assassin's Creed, Warhammer 40,000, Far Cry franchises. It was not announced who will take Mitsoda's place. Let's hope that despite the problems Vampire: The Masquerade - Bloodlines 2 will not disappoint. The game will launch next year on PC, Xbox One, PlayStation 4, PlayStation 5 and Xbox Series X.