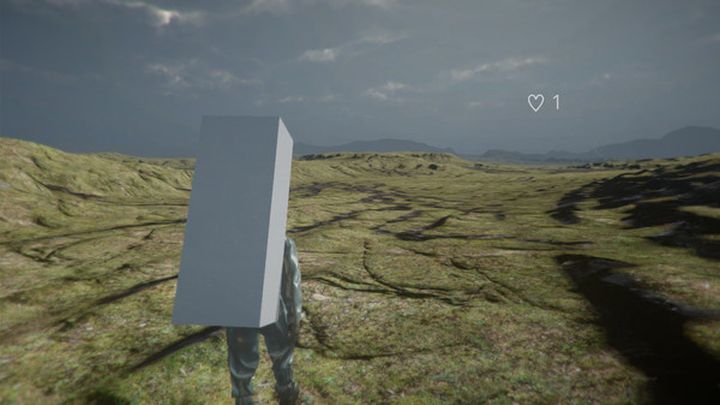 Another parody of Death Stranding was created.

Death Stranding is one of the hottest releases of last month. The game will be available on PC only next year. No wonder, then, that there are games trying to use the success of the title to rise. One of them is Man Standing from Alfina Gamers, which is a parody of Hideo Kojima's work.

Man Standing "by Hideko Kojimba" ridicules the convention of the extensive walking simulator that Death Stranding is considered to be. The story presented in the parody tells about a man suffering from schizophrenia, who was the only survivor of the apocalypse. Now he travels the world in search of places that have preserved the memories of those who died prematurely. During the exploration, he encounters various anomalies and enemies (including sharks falling from the sky).

The materials presented at the moment indicate that the game was put together quickly, and only as a joke. It is particularly well visible in the trailer (you can watch it on Steam) of the title, where you can clearly see how unpolished the game mechanics and graphics are.

The fact that the title was created only for fun is also indicated by the use of the name Hideko Kojimba in the trailer, which is a slightly modified name of the creator of Death Stranding. A similar procedure was applied earlier, when the creators of the mobile Deadly Standing pointed out that Hodeo Kojumbo was responsible for the game.

The devs are aware that their work bears many similarities to another game, and they explain themselves in the following way:

"It may seem that the game borrows many mechanics from another game - we, of course, are talking about Hevy Reyn. But do not rush to judge! Hevy Reyn has a completely different story."

The parody is due to be released on December 10, this year. However, it is not known how long it will be available Steam, because it uses music from Death Stranding, to which the devs of Man Standing probably haven't got the rights.