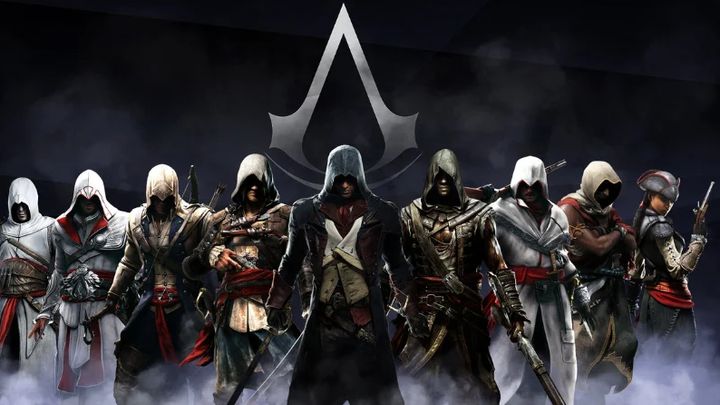 Here are some of the characters we played in the Assassin's Creed games.

Gamer known as GIlCAnjos created a map, showing all the places we've visited in the games from the Assassin's Creed series - from the first part released in November 2007 to the last one so far, namely Assassin's Creed: Odyssey. The map only includes bigger and smaller productions released on consoles (including e.g. Assassin's Creed Chronicles: Trilogy), excluding mobile games.

The regions of the world we visited in AC games.

"This is a map I made last year, when I was bored and discovered mapchart.net. This is a comprehensive log of every place that you can visit in one the Assassins Creed games. It doesnt need to be a realistic or full-fledged city appearing through the whole game: if the player can move a character in a real-world province, it is counted here, so I do recommend you zoom in. Naturally, this map is painted according to modern borders; many of these countries are now completely different than the time period shown in AC, but I think only geographic locations matter anyway," we read.

Thanks to the color coding, we can see in what form the various places were available. Red and orange are open-world locations (open coasts being assigned a different color), violet distinguishes areas associated only with multiplayer mode, while green marks maps where story missions took place. The blue color indicates the countries where AC games took place.

According to a note accompanying the map on Reddit, the most visited spot in the series, as many as six times, was Italy - we explored it in AC1, AC2, Brotherhood, Revelations (multiplayer), AC3 (fragments taking place in the present day) and AC Origins. Four times the action moved to France (Brotherhood - multiplayer, Revelations - multiplayer, Rogue, Unity) and the United States (AC3, Liberation, AC4, Rogue). After the release of AC: Valhalla, the map will also include the United Kingdom (for the time being it appeared in AC3, Syndicate and Odyssey - in the last case in its modern storyline). There are also two countries on the list where the AC series has appeared three times - Israel and Canada - and a few regions that have become the place of action twice (Syria, Vatican, Greece, Mexico and the Caribbean). The most impressive is the list of places that we have visited only once in the history of the series, such as Spain, Turkey, Brazil, Portugal, Afghanistan and Egypt.