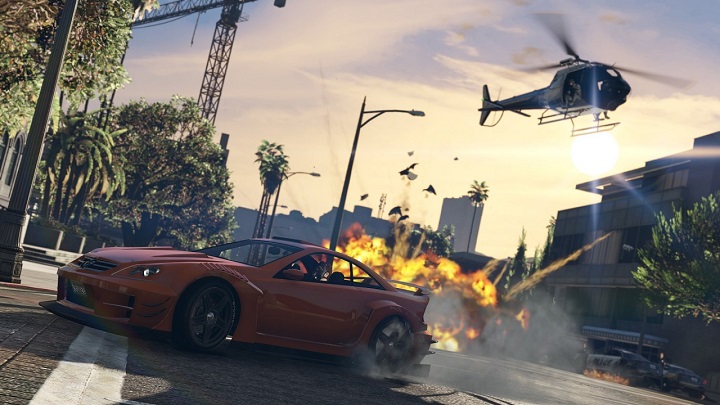 GTA V will not be cheaper on new consoles. Quite the opposite in fact.

Of the many novelties that the ninth generation of consoles are likely to introduce, one does not arouse widespread enthusiasm. We are talking about planned increases in game prices, partially confirmed by Sony and some publishers (including Activision). However, while gamers could still swallow such an expense for an entirely new AAA game, they are unlikely to do so with a similar game that is two-generations old. As it so happens, the Dutch branch of MediaMarkt already offers Grand Theft Auto V for PlayStation 5 at a next-generation price of 74.99, the same as Demon's Souls remake ( 74.99) and - Spider-Man: Miles Morales ( 74.99).

In theory, we shouldn't be surprised. Strauss Zelnick - CEO of Take-Two Interactive - recently defended the price rises of next-gen games. In his opinion, it was justified by increasing development costs, as well as much richer game content than several years ago. The arguments can be considered justified, except that they cannot be applied to Grand Theft Auto V. The last installment of Rockstar's highly popular series was released in the age of PlayStation 3 and Xbox 360, i.e. in 2013, and it was released soon after on Sony and Microsoft's following consoles. Yes, we've got a content update for the game's online mode, but we haven't received any story add-on or anything else that would justify selling game almost seven years old at full price, and for more than on older platforms.

There's also no question of a drastic refreshment of the visuals or gameplay, as is the case with another game from PlayStation 3 - Demon's Souls. Worse still, there are no confirmed plans to release a free next-generation update for purchasers of the fifth installment of Grand Theft Auto on eighth generation consoles. So it's possible that those willing to continue playing on PS5 and XSX/S may have to re-purchase the game - and at a new, higher price.