After the artistic and commercial success of Metro Exodus, the game's developers at 4A Games studio did not rest on their laurels. A proof comes in the form of the latest patch on for PC, PlayStation 4 and Xbox One versions of the game. The patch, called Ranger Update, is relatively large, taking up about 6 gigabytes, and in addition to a number of fixes and new features (including mouse and keyboard support on Xbox One, the use of a DualShock 4 light panel on the Sony console and better support for ray tracing and DLSS technology on PC), it introduces the New Game Plus mode. It's worth devoting some space to the latter, because before starting a new playthrough the developers allow us to adjust various elements of the game to our preferences. 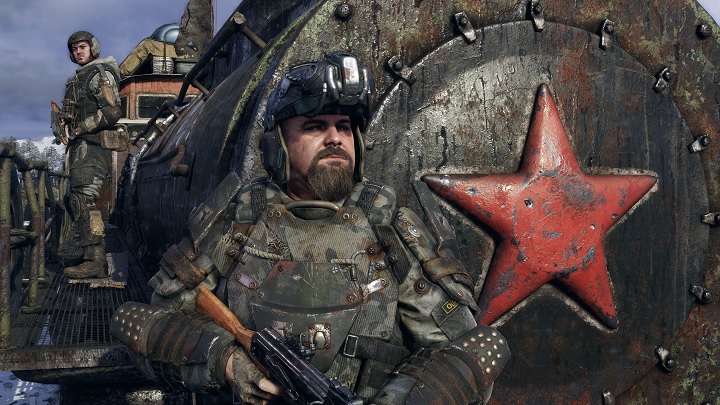 Players who give up crafting in the field will have to visit workshops to replenish supplies, one of which is located on board of the Aurora.

Let's start with the fact that the players can choose between four equipment sets. The first one is My Weapons, in which at the start (or more precisely - after we release Anna in Moscow) we get access to the equipment Artem had with him in the finale of the story; the remaining equipment will be waiting for us in the workshop on the Aurora. It is worth mentioning that the armor and watch upgrades will have to be unlocked once again. The second one is One Weapon, in which the hero can take only one weapon with him. The third, Crossbow, allows the players to equip themselves with a crossbow as early as in the Russian capital; however, other elements of the arsenal need to be acquired once again. The last one is the so-called Backpack limitations, which impose restrictions on the functionality of the backpack; we are talking about the total exclusion of crafting in the field (which will make crafting available only at workshops) or limiting it only to enable us to customize the guns.

Moreover, the devs enable us to increase the armor rating of human enemies, have them use grenades more often, and to make mutants more aggressive and more difficult to defeat. Players can also choose a realistic day and night cycle (where the day lasts twenty-four hours and not two as in its standard version), as well as more frequent occurrence of various atmospheric phenomena (such as sandstorms, snowfalls and fog) and higher density of irradiated areas.

For experienced stalkers remains the Iron Mode, where the state of the game is saved only between subsequent chapters of the story. On the other hand, those who are interested in information from behind the scenes can listen to the developers' comments recorded on special tapes, which were scattered around the locations. The update also brings additional collectibles.

It is worth noting that in the official announcement the devs also assured that in the near future they will disclose their plans for further development of the game, which also includes the upcoming DLCs. 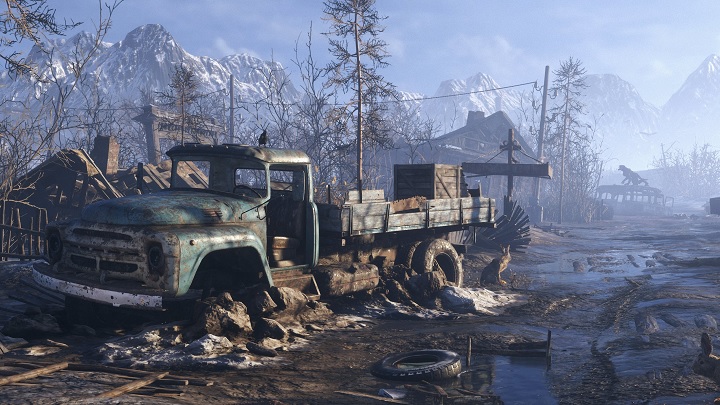 If you decide to make the mutants more difficult to defeat, you may forget about quietly admiring the views.

Let's remind that Metro Exodus was released on PC, PlayStation 4 and Xbox One on February 15. As mentioned in the introduction, the latest work of 4A Games studio was liked by the reviewers, and its sales results should satisfy both the creators and the game's publisher - Deep Silver (even though we won't be able to buy the game on Steam until February 2020).