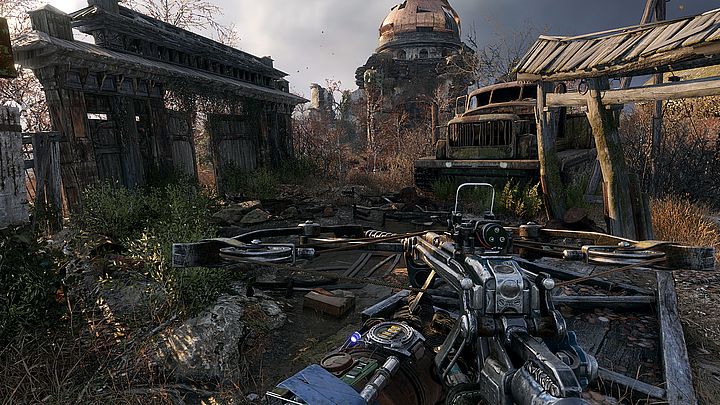 Graphics in Metro Exodus stands at the highest level.

There is less than a month left until the premiere of the third part of the virtual adventure in the subway. Players are already sharpening their teeth at the idea of a game similar to S.T.A.L.K.E.R. Metro Exodus is supposed to abandon the idea of claustrophobic tunnels and underground corridors in favor of open locations, which we will be able to pass in any way we like. Unfortunately, recently it turned out that the third installment of the PC cycle will have DRM security features hated by players, created by Denuvo. This information can be found on the official title page on Steam.

Apart from information about security features, an interesting fact may be that the A4 Games studio, responsible for Metro Exodus production, has still not specified the hardware requirements of the game. Pre-release materials suggest that the title to work in full performance and quality will need really strong system. It is worth recalling that Metro Exodus will allow you to play and admire the post-apo world with ray tracing on (photorealistic technology simulating the propagation of light rays and shadows in real time).

Judging by the earlier parts of the series, the chance for the downgrade is rather poor, the more developers should make the hardware requirements available to players. There is still some time left before the release, so users could make any possible changes to their PCs. Metro Exodus will debut on 15 February this year. The title will go to owners of PC, PlayStation 4 and Xbox One.