Mount & Blade II: Bannerlord launched in early access on Steam on March 30th, 2020, over a year ago - and while TaleWorlds originally intended version 1.0 to be release after that time, work on the game has dragged on. However, the developers believe that they will be able to complete the game this year (in the fourth quarter), and they decided to use the first anniversary as an excuse to summarize the changes of the last twelve months.

And what about the console version?

TaleWorlds has not forgotten about the promised console release of the game. However, the PC version remains the priority for now. PS4 and XONE owners (we can probably assume that the title will also come out on PS5 and XSX|S, but so far there's no information on that) must arm themselves with patience and wait until the PC edition takes final shape.

If you played Bannerlord around the time of its release in Early Access, you know that the title displayed numerous minor and major flaws. Even then, you could spend dozens of hours with it and derive a lot of fun from the bloody, large-scale battles, which - if won - brought our kingdom closer to domination in the world of Calradia. Both developers and players, however, realized that a medieval sandbox could be much, much better. The former got down to work, the latter - to make their suggestions. As a result, Mount & Blade 2 got over a hundred updates, which improved many of the game's aspects. 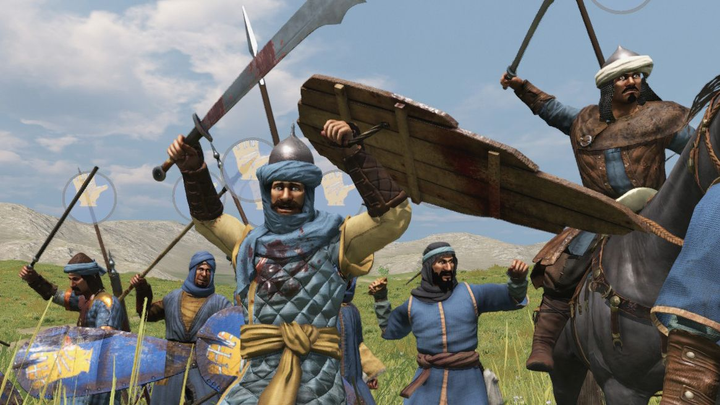 Now this is something worth celebrating. Source: PC Gamer.

Developers from TaleWorlds described all the changes in detail in a message posted on Steam. However, if you don't have the time or inclination for such a long reading, and you're curious what and how Bannerlord changed, you can read the list below, which should give you an idea about the improvements.

List of the most important changes in Mount & Blade II:

Of course, these aren't all the changes that were introduced to Bannerlord over the past year - but I don't think I've missed anything particularly important. Developers want to bring their work to a condition that would satisfy all players, so we can expect further regular updates. The developers have promised that they will work on the game until they bring out its full potential. This may mean that they won't be able to release version 1.0 of Mount & Blade II on the announced date, but many fans shouldn't mind.