Mount & Blade II: Bannerlord entered the market with a bang. Just 100 minutes after its early access debut, which took place on March 30, the title was played by more than 100,000 people at the same time, which made it the biggest launch of the year on Steam. Now, almost a month after these events, TaleWorlds' latest work is still doing very well. Currently, more than 65,000 players are running the game, which according to Steamcharts gives it a place in the top ten most popular positions on Valve's platform. Yesterday, however, at the hottest moment of the day, the result was nearly 102,000 users. 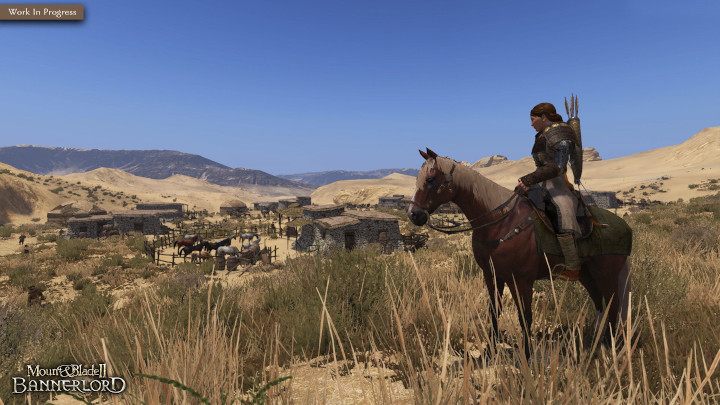 Bannerlord is still popular on Steam.

The time spent by the players with Mount & Blade II: Bannerlord is also impressive. Since its launch, the users have experienced adventures in the land of Calradia for over 75.7 million hours. This is more than the amount accumulated in the past 30 by games such as Destiny 2 (51.2 million hours), ARK: Survival Evolved (59.5 million hours), Monster Hunter: World (50.4 million hours), Team Fortress 2 (49.8 million) and Football Manager 2020 (66 million hours).

As for Bannerlord's average viewing figures on Twitch, it amounted to 22.8 thousand users. According to TwitchMetrics, this gives it 18th place on the popularity list. 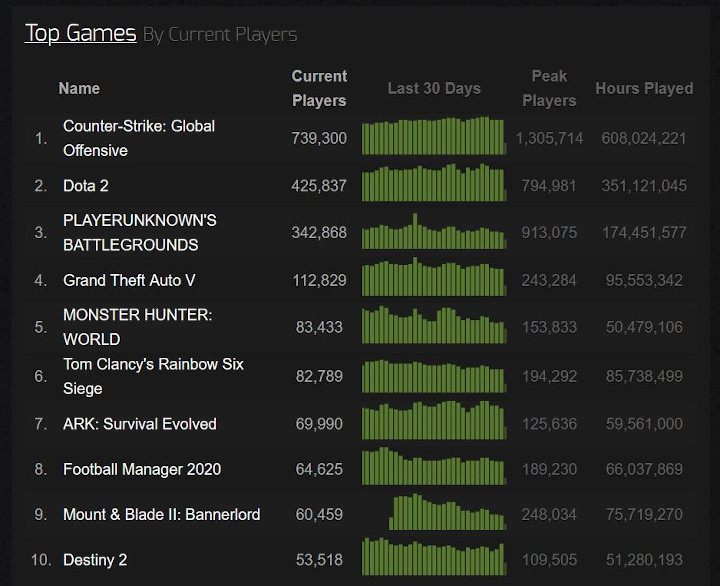 The most popular games on Steam according to Steamcharts.

Although TaleWorlds can be pleased to see these numbers, that doesn't mean there's absolutely no cause for concern. Looking at the data on Steamcharts, there is a clear downward trend in the number of people playing Mount & Blade II: Bannerlord. Suffice it to mention that on April 15, at the hottest moment of the day, 136,000 people were running the game, 34,000 more than yesterday. Such an outflow of players is probably related to the current content of the production, which is unable to keep them for longer. Admittedly, TaleWorlds regularly updates its work, for which it is praised, but some bigger novelties will be needed to reverse this trend.

Please note that Mount & Blade II: Bannerlord is currently only available on PC. The title can be purchased on Steam for $49.99. So far we do not know the exact date of its exit from Early Access. However, the creators have revealed that it will happen about a year from now.