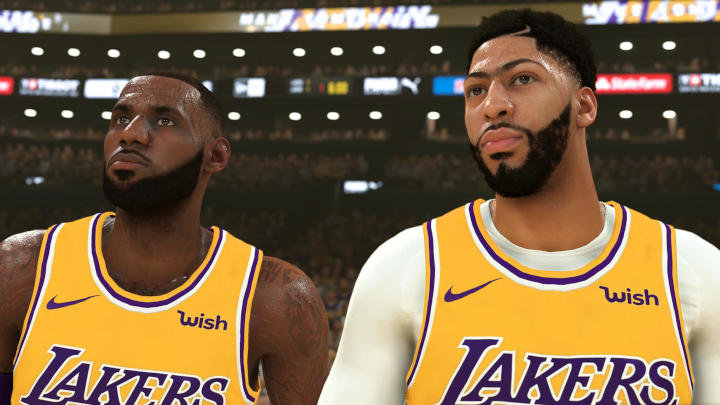 The console demo of NBA 2K20 announced last month is now available for download on PlayStation 4, Xbox One and Nintendo Switch. It allows you to test the MyCareer mode and the new version of the MyPlayer editor. It is noteworthy that the progress made in the demo can be transferred to the full version when it is released in two weeks.

In addition to the demo the game from Visual Concepts also received a dedicated mobile application MyNBA2K20 (for devices with iOS and Android), thanks to which we can scan our face to transfer it to NBA 2K20, play a collector's card game with images of famous basketball players, and complete daily challenges (for which we will receive a virtual currency).

NBA 2K20 will be released on September 6 on PC, PlayStation 4, Xbox One, Nintendo Switch, and later on Google Stadia. For the first time in the history of the series, we will be able to take part in the competitions of the women's WNBA league, and the characters in the MyCareer mode were given voice and image by Idris Elba (Luther, Fast and Furious: Hobbs and Shaw), Rosario Dawson (Sin City, Luke Cage) and Thomas Middleditch (Silicon Valley).

Over a Billion Guns in Borderlands 3