The closer to the release of GreedFall, the more often the company responsible for its release, Focus Home Interactive, publishes video materials presenting the game in action. Today we can watch another large gameplay and take a closer look at the picturesque locations waiting to be visited, as well as combat system, character development and dialogues.

The first to appear is the skill tree, which is divided into three categories: combat, crafting and magic skills. In addition, as we progress, we will unlock attributes that increase our combat effectiveness and talents that will affect our proficiency in other activities (such as charisma, which will make the reduce vendor prices).

The combat system will be arcade, but due to the wide range of possibilities (e.g. we can use melee weapons, firearms, as well as cast spells) and the presence of AI-controlled companions, there will be a place for a pinch of tactics (perhaps not even a pinch, considering the fact that the game will implement an active pause). In addition, we will often have the opportunity to act quietly, hiding in bushes and attacking enemies from ambush.

The island of Teer Fradee looks vast, with picturesque forests and vast plains, but also cities, villages and ruins. If, while in the wilderness, you want to talk to the team, restore your strenght, replenish supplies, improve your equipment or use quick travel, you will have to set up a camp in one of the pre-defined spots. 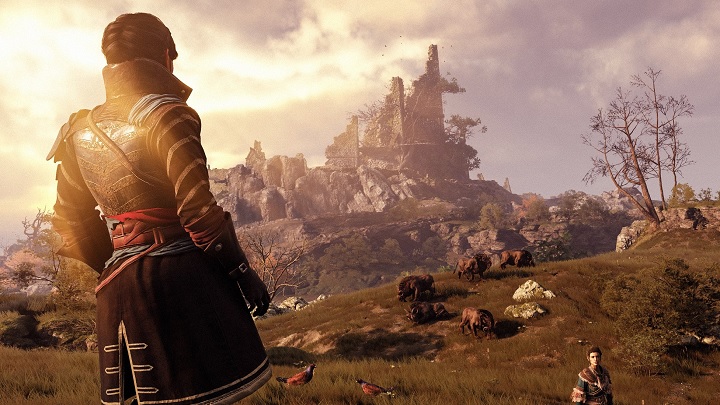 The world of GreedFall will not be short of interesting places.

GreedFall will debut on PC, PlayStation 4 and Xbox One on September 10.