One of the first games announced by Sony for PlayStation 5 was Spider-Man: Miles Morales. Insomniac Games, the game's devs, published an entry on the official PlayStation blog where they share details of their work. The most important thing is that the devs once again confirm that, contrary to what has been suggested earlier, at the end of this year we won't get a new expanded remaster of the first installment of Spider-Man, but a standalone game, which will be for the franchise what Uncharted: The Lost Legacy was for the Uncharted series. Since we've got this out of the way, we have no choice but to discuss the other details revealed by the developers. 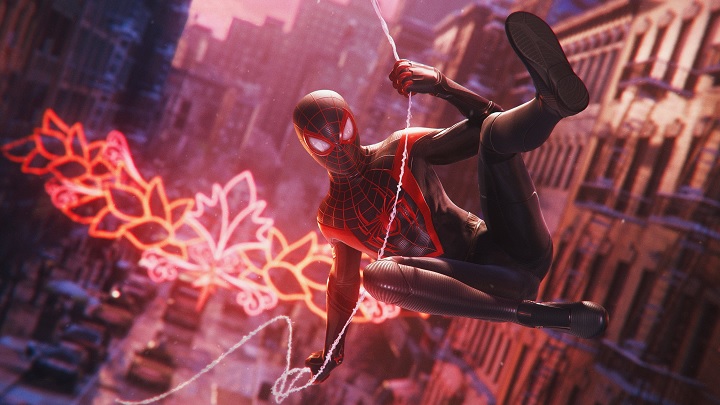 Spider-man must be cold in this costume when there's snow on the roofs and streets...

Let's start with the fact that the action of Spiderman: Miles Morales will be set during the winter (or more precisely - around the Holidays), about a year after the events presented in the previous installment of Spider-Man's adventures. The title character, who will take over Peter Parker's legacy, will find himself in the middle of a war between an energy corporation and a high-tech group of criminals. This is how the adventure will begin, during which we are to learn "a new story with new scripts, fresh villains and unique tasks throughout Marvel New York.

As a game from PlayStation Studios Spider-Man: Miles Morales will be a kind of litmus test piece for PlayStation 5. Insomniac Games promises to make the most of the new platform, as evidenced by the implementation of ray tracing and 3D audio, the use of the unique features of the DualSense controller and 'near-instant loadings'. When it comes to visuals, the devs paid a lot of attention to both the city (so that its appearance would present the new standards in the best possible way) and the characters (they were prepared based on 4D scans, and will stand out against the characters from the previous game, among others, due to improved skin shading and more realistically animated hair).

What with the old Spider-Man?

Finally, a word about Peter Parker, who, according to the devs, "is just fine". The devs argue that although they still have a lot to say about him, Miles Morales is the "key element" of the universe developed by them, so no one players should miss his adventure.