Game collector's editions often include a variety of more or less useful gadgets - the truth is obvious as the fact that the grass is green or the sky is blue. Some of them are quite inconspicuous, such as amulets or stickers, and some are quite impressive. A piece of night vision goggles is certainly of the latter kind. As Leon Hurley from GamesRadar revealed (and Infinity Ward indirectly confirmed it) on Twitter, this type of device (fully functional) will be included in the Dark Edition of Call of Duty: Modern Warfare. The rest of the content and price is not officially known yet, but if we believe the leaks from GameStop, you will have to spend $200 on it.

This will not be the first time that functionning night vision goggles appeared in a special edition of one of the installments of the Call of Duty series. A decade ago they were also added to the Prestige Edition of Modern Warfare 2, which was then sold for $150. 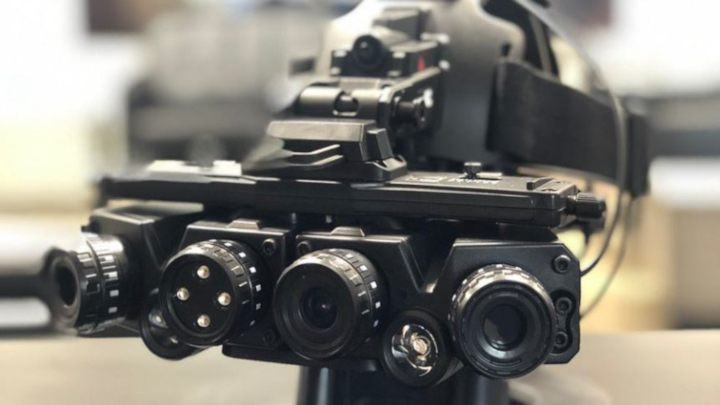 The night vision devices featured in the Dark Edition of Call of Duty: Modern Warfare game are similar to the GPNVG-18 model.

As Infinity Ward suggests, more details about Dark Edition will be announced today during a special event whose main goal is to present the multiplayer mode of Call of Duty: Modern Warfare. The live broadcast will begin at 10AM PST on the official Twitch channel of Call of Duty. For now, you can read about things related to the multiplayer in the latest installment of the iconic shooter series, which have already beed presented. We are talking about the Gunfight mode, the return of killstreaks and speculations about battle royale.

Call of Duty: Modern Warfare will debut on October 25, this year on PC, PlayStation 4 and Xbox One. The title will be powered by a completely new graphic engine, developed by the Polish branch of Infinity Ward. Even before the launch, the game is very controversial, mainly because it promises to feature scenes where, for example, women and children can be shot.