World of Warcraft player Doubleagent has once again reached the maximum character level while acting like a true pacifist. He achieved this by collecting flowers in Pandaren starting location - Wandering Isle. Why there? When you leave the island, you have to choose between Alliance and Horde, which was against his views.

Luckily for Doubleagent, it took much less time to reach the maximum level 60 this time than after the release of the previous expansions. He didn't say exactly how many hours he spent in the game picking flowers, but WoW: Shadowlands went on sale 18 days ago. In 2016, after the debut of Legion, he spent 8,000 hours doing it, and after the release of Battle for Azeroth, another 240 to advance from level 110 to 120.

Unfortunately for observers, this time the player decided not to livestream and boasted of the achievement via a screenshot posted on Twitter. If anyone wonders why anyone would want to watch flower picking in World of Warcraft, my answer is: I have no idea. But previous attempts have allowed Doubleagent to build a loyal community with whom he has shared tips if anyone wants to follow in his footsteps. 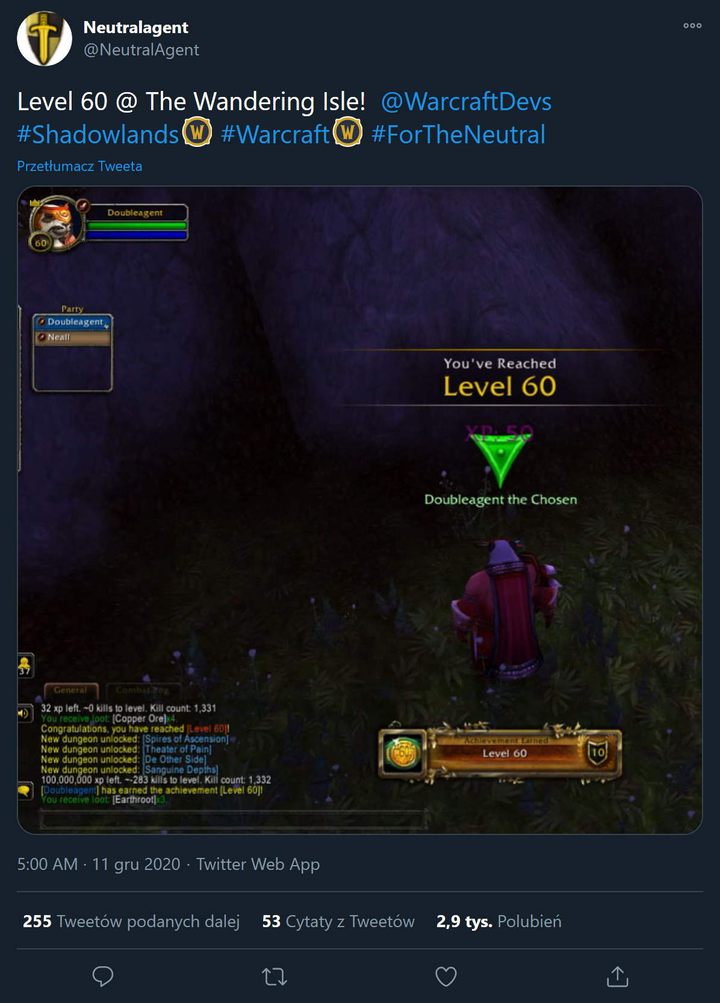