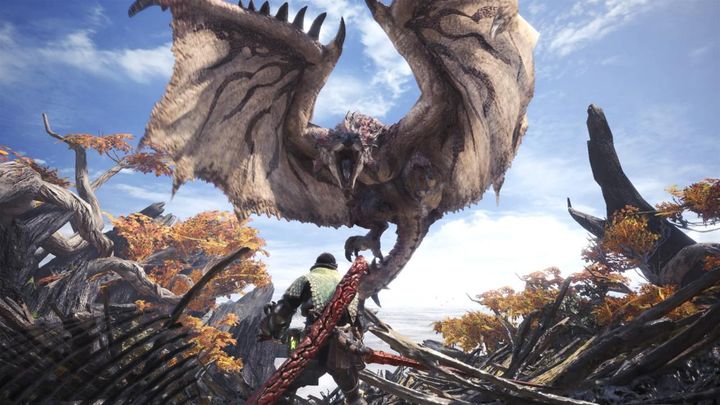 MONSTER HUNTER WORLD IN A NUTSHELL:

In an interview for PCGamesInsider.biz, Capcom's Antoine Molant, responsible for marketing in the UK and EMEA (Europe, Middle East and Africa), reported that PC is the second most important platform for last year's Monster Hunter: World.

"Without getting into details, its the second biggest one for Monster Hunter World amongst all platforms, therefore incredibly important," said the publisher.

The platform on which Capcom's production sold best was not announced, but given several factors, such as the huge popularity of the series in Japan and the sales statistics of the 8th generation consoles, it can be assumed that the first place went to PlayStation 4. This would mean that Monster Hunter: World fared the worst on Xbox One. As far as the PC version is concerned, it has achieved great success in Europe, including Germany and Russia. Interestingly, sales on computers were also helped by.... a delayed release.

"While we always try to treat our various audiences the same way, the Monster Hunter World console versions were the lead platforms, and PC had to be released at a later date. This actually helped as the PC version has had its own window for promotion, PR, marketing. Some countries like Germany or Russia also performed extremely well on the PC front. All of this really increased our success in Europe," Molant told PCGamesInsider.biz.

Monster Hunter: World is an action RPG where we deal with hunting for giant and dangerous beasts. The production debuted on consoles in January last year, and the PC edition was released seven months later. The title turned out to be a huge success for the publisher - its sales currently exceed 12 million copies.

It is also worth recalling that this year's Monster Hunter: World will see an expansion called Iceborn. Antoine Molant pointed out that the add-on would be a key project for Capcom and added that the company was planning something else, but could not yet reveal what it was.