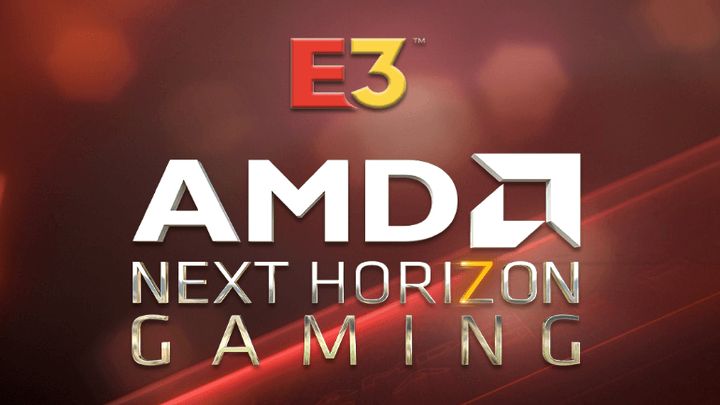 At 3 PM AMD Next Horizon Gaming presentation took place during the E3 2019. As expected, we learned more about AMD Ryzen 3000 CPUs and seen the official presentation of Radeon RX 5700 and RX 5700 XT models. The leak of the sixteen core AMD Ryzen 9 3950X processor has also been confirmed and a special edition of the Radeon RX 5700 XT GPU has been announced.

The AMD presentation was traditionally hosted by Lisa Su, the company's CEO. The introduction concerned mainly Radeon's expansion into all possible platforms - we will find them not only on PCs, but also on the new Xbox Scarlett and PlayStation 5 consoles, Google Stadia servers, as well as on new phones thanks to the newly started cooperation with Samsung. 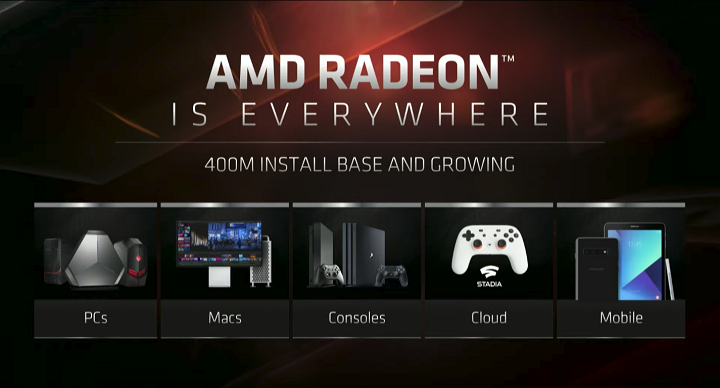 The first thing that came up were the CPUs. The presentation of the new chips was very similar to the one at Computex and did not bring anything new. AMD once again presented CPU spacs and performance comparisons with Intel chips, which in the majority of cases were in favour of AMD models. 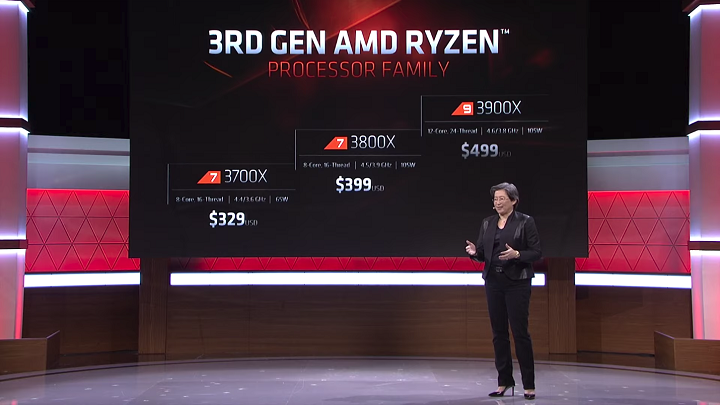 Perhaps the most interesting part of the CPU block was the comparison of AMD Ryzen 9 3900X and Intel Core i9-9900K performance while playing and streaming simultaneously. When the streaming was turned off, streaming in 1920x1080 resolution was launched, Ryzen's score dropped to about sixty frames and Intel's... below two. Just a little jab at "Chipzilla". Remember, however, that it was a test invented by AMD.... 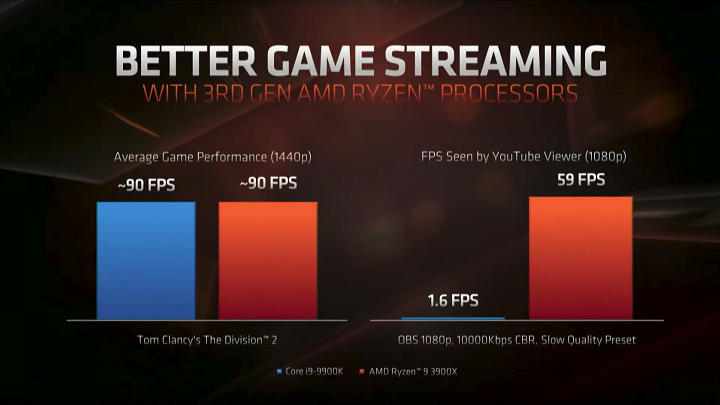 Most of us waited for this part of the AMD presentation. Finally we have seen the official presentation of Navi family of graphics cards. The 5700 series is based on the new RDNA architecture manufactured in the 7 nm process, which is expected to be much more efficient than its predecessor. All this thanks to higher clock rates, improved inter-processor communication (IPC), support for PCIe 4.0 and lower energy consumption. The company from Santa Clara created a new computing unit design, a multi-level cache hierarchy and simplified the process of graphics rendering. This increases chip performance at identical clocks by 25% and performance per watt by up to 50% over the previous architecture.

The Radeon RX 5700 XT was the first to be introduced. According to what we learned from the previous leak, it has 40 computing units, 8 GB GDDR6 memory and a computing power of 9.75 teraflops. GPU base clock is 1605 MHz, while in boost mode it can be increased to 1905 MHz. 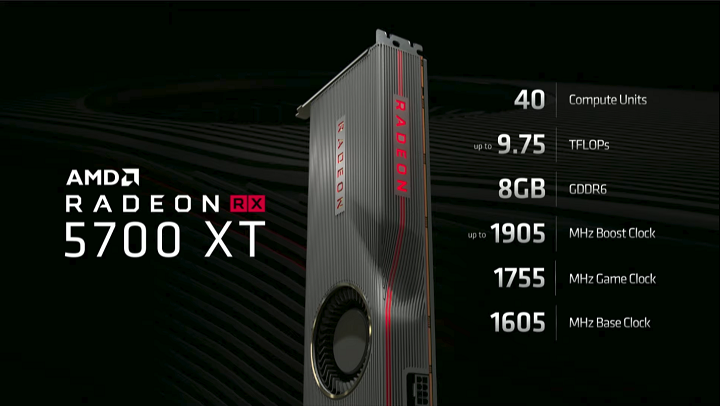 Slightly more modest version of the card - Radeon RX 5700 has 36 computing units, 8GB of GDDR6 memory, while its computing power is slightly lower and amounts to 7.95 teraflops. Its base clock is 1465 MHz, while in boost mode it can reach up to 1725 MHz. Like processors, GPUs will be manufactured in a 7 nm process. 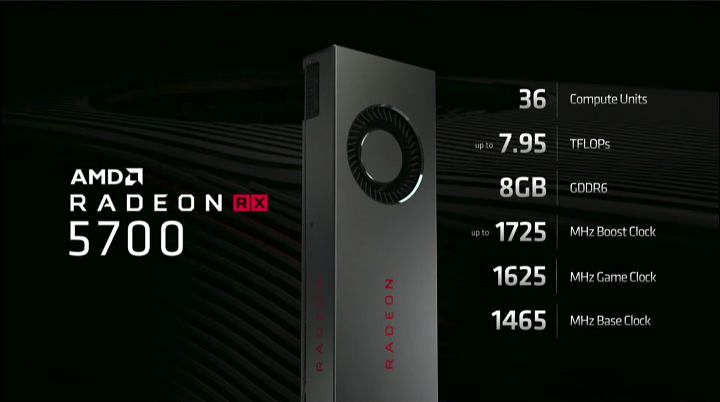 Radeon RX 5700 XT is to cost 449 dollars on the day of premiere, while the version without XT, 379 dollars. Both cards will debut on the market on July 7, together with the new Ryzen processors. For newly purchased Navi handsets, players will receive a three-month Xbox Game Pass subscription.

The next part of the presentation concerned new Fidelity FX development tools facilitating the creation of post-processing effects. They are designed to help improve image quality by bringing out details in areas with low contrast and it seems that this is a response to the Nividia DLSS. In addition, AMD has prepared another filter - Radeon Image Sharpening (RIS), which will be responsible for improving the sharpness of the displayed graphics. New functionalities were also presented later - in a short block devoted to the presentation of games (Borderlands 3 and Gears 5) and novelties in the Unity engine. 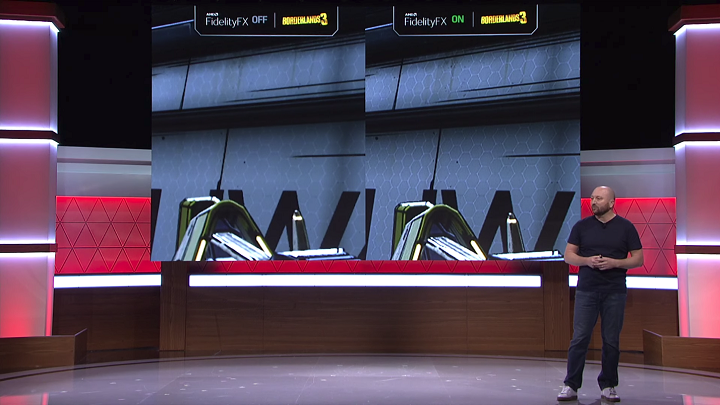 Radeon RX 5700 cards are also equipped with Anti-Lag mechanism that reduces input lag. AMD says that this solution will reduce latency by approximately 30 percent and enable us to "beat the GeForce gamers. 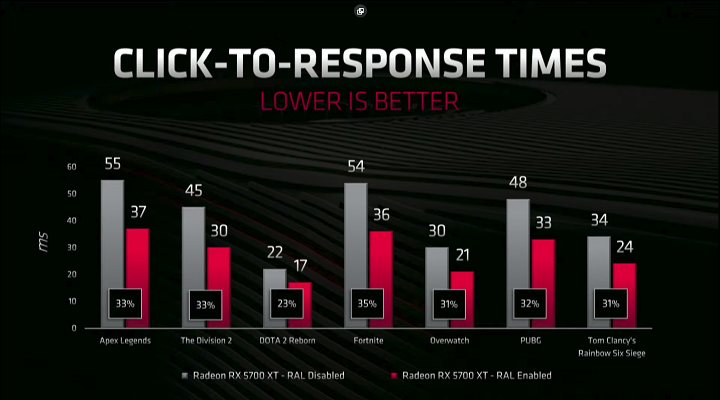 At the end of the conference Geoff Keighley gave Lisa Su a gift from the fans in the form of a Super-Lisa figurine. The President of AMD returned two surprises. 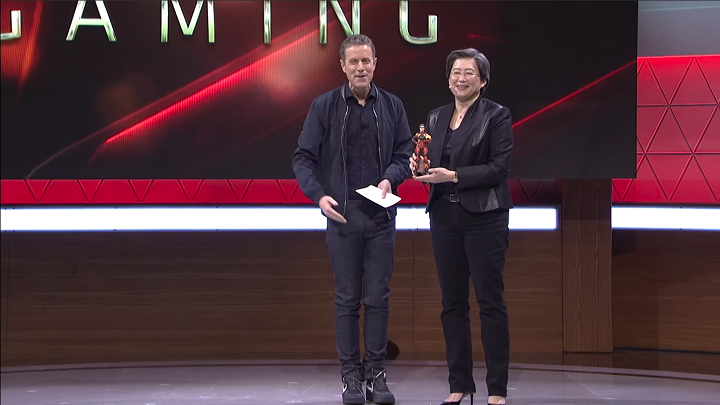 The first one was a special edition of the Radeon RX 5700 XT prepared for the company's 50th birthday. The card will be available only on the AMD website and its price will be $499. Its specification will be almost identical to the standard Radeon RX 5700 XT edition, but thanks to higher clocks its computing power is slightly bigger and amounts to 10.14 teraflops. 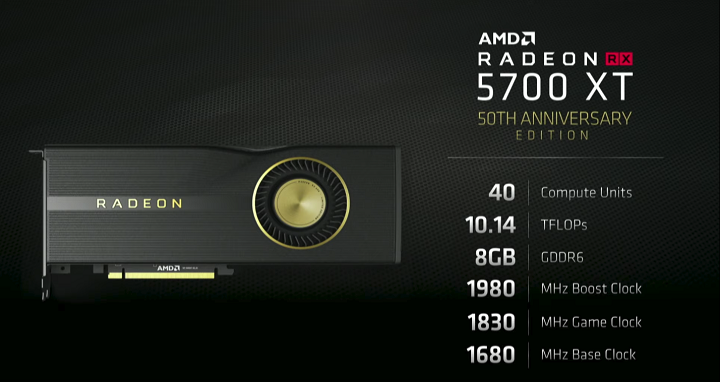 The second surprise we could learn about earlier from the leaks was the 16-core AMD Ryzen 9 3950X processor. Manufactured in 7 nm technology, supporting 32 threads and equipped with 72 MB of L3 cache memory, the chip will go on sale in September and will cost $ 749.