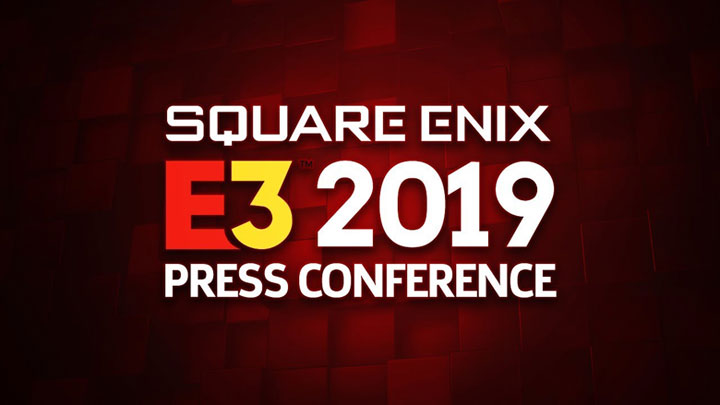 Although the E3 trade fair is only just officially opening its doors to journalists and players, we have already seen almost all the major events accompanying the event. After presentations of Electronic Arts, Microsoft, Bethesda, Ubisoft, and PC Gaming show, on Tuesday, at 6 PM PT. the Square Enix conference began. Over an hour-long show will be remembered mainly thanks to two upcoming games - Final Fantasy VII Remake and Marvle's Avengers. In addition, we also learned new details about the upcoming releases of the publisher and saw some announcements, including the first trailer of Outriders.

The conference was opened by Final Fantasy VII Remake, which, what may be hard to believe, was announced at the E3 fair four years ago. Key developers of the game, Tetsuya Nomura and Yoshinori Kitase, appeared on the stage, presenting a long fragment of the gameplay. We learned specific details about the combat system, which combines real-time duels with the classic turn-based ATB system known from the original. In addition to the gameplay footage of a boss fight, we also saw a long version of Monday's trailer with a release date of March 2 2020. Interestingly, the title will be released on as many as two Blu-ray discs. At the same time, information on the collector's edition was also announced.

This year Final Fantasy fans will get a remastered edition of the eighth installment of this legendary jRPG series. Square Enix announced its simultaneous release on PC, Nintendo Switch, PlayStation 4 and Xbox One. In terms of content, the title will not be significantly different from the original. In addition to the refreshed graphics, it will only offer additional options to speed up and facilitate the fun as well as add achievements.

With huge applause from the audience, Naoki Yoshida, the director and father of the success of the MMORPG Final Fantasy XIV: A Realm Reborn, known among the fans as Yoshi-P, appeared on the stage. The developer presented the final trailer of the third major expansion for the game, Shadowbringres, which will be released on July 2 on PCs and PlayStation 4.

Square Enix showed the first trailer of the upcoming story expansion to Kingdom Hearts III, entitled Kingdom Hearts III Re:Mind. According to the creators, it will not only bring a new chapter of the story, but will also offer a lot of other attractions to fans of the basic game, such as new playable characters, locations and opponents. The DLC is due to be released this winter.

The conference also featured new trailers of already published or upcoming jRPGs, which were announced before this year's E3 fair. The first one features a remastered collection of Romancing Saga 3 and SaGa Scarlet Grace: Ambitions. One of the games in the package is the warmly-remembered SNES classic, and the other was released earlier only in Japan on PlayStation Vita. A bit later we received a trailer of another remaster, this time from the Wii console entitled Final Fantasy: Crystal Chronicles. It will be released on PlayStation 4, Switch and mobile devices later this year. Players could also see the second trailer of the new jRPG Oninaki, created by Tokyo RPG Factory, which will debut on August 22 on PlayStation 4, Switch and PC. Immediately afterwards it was confirmed that the remaster of The Last Remnant released last year will soon be available on the Nintendo Switch console, to finally show the trailer of the extended port of Dragon Quest XI, which should soon debut on Switch.

As part of the Square Enix Collective initiative, which promotes interesting independent productions, the publisher will release a new project from the debuting developers Original Fire Games, entitled Circuit Superstars. This is a classic racing game from a top-down perspective. It combines arcade gameplay with realistic driving physics. The participants will get a chance to drive vehicles from different epochs - from the classics of the 1960s to modern machines. The launch of the title is scheduled for 2020. The target platforms are PCs, Xbox One, PlayStation 4 and Nintendo Switch.

Outriders is the title of a new ambitious shooter from the extremely experienced Polish studio People Can Fly. We first heard about it a few days ago, thanks to an extremely short teaser. Although the game's expected release date is set for the summer of 2020, the developers only showed us the game's cinematic trailer and a short report from the studio containing interviews with the creators. The project remains a mystery for the time being. We know, however, that during the game we will fight for survival on the inhospitable planet Enoch.

The conference ended with a presentation of the long-awaited Marvel's Avengers an action adventure game based on Marvel's comic book universe. We learned that it should debut on the market on May 15, 2020 on PCs, Xbox One, PlayStation 4 and Google Stadia. Developers also presented the first trailer of the title, along with fragments of the title's gameplay and story interludes. The spectacular production will allow us to play the key members of the Avengers superhero team, such as Iron Man, Thor, Black Widow, Hulk and Captain America. Apart from the single player campaign , the production will offer a complex co-op multiplayer mode.

Some fans may be worried about the fact that Marvel's Avengers will use the game-as-service model. This means that over a long period of time, the game is to be constantly expanded with new elements such as playable characters, scenarios and locations. According to the publisher's assurances, all updates are to be delivered completely free of charge, and their production cost will not be compensated by lootboxes or pay-to-win microtransactions. Developers are therefore likely to rely on selling skins to heroes and cosmetic items.