Marcus Smith, Creative Director at Insomniac Games, posted a message on the official PlayStation blog with important details on the release date and content for the upcoming PS5 exclusive, Ratchet & Clank: Rift Apart.

We knew that the game is to be released in 2021. Now we know that the title will appear on June 11. Devs, therefore, strongly encourage pre-orders, because these will be associated with digital bonuses for the players.

If you are willing to trust the devs and decide to take advantage of Insomniac Games and Sony Interactive Entertainment's pre-order offer, you will be able to enjoy the following bonuses: 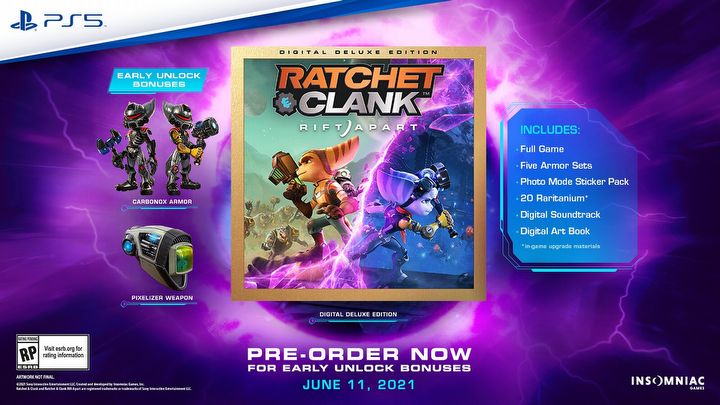 It should be noted, that the bonus content will be a bit more limited if you decide to purchase the standard edition - in which case you'll only get special weapons, a set of armor plus, of course, the game itself. If you order the Deluxe Edition, you'll also get a handful of photo mode stickers, 20 units of in-game currency, and a digital artbook with soundtrack.

Smith notes that things are a little different with pre-orders of physical copies of Ratchet & Clank. When ordering the boxed version (pictured below), you'll need to ask the store of your choice whether it offers the aforementioned bonuses, as this won't be the norm. 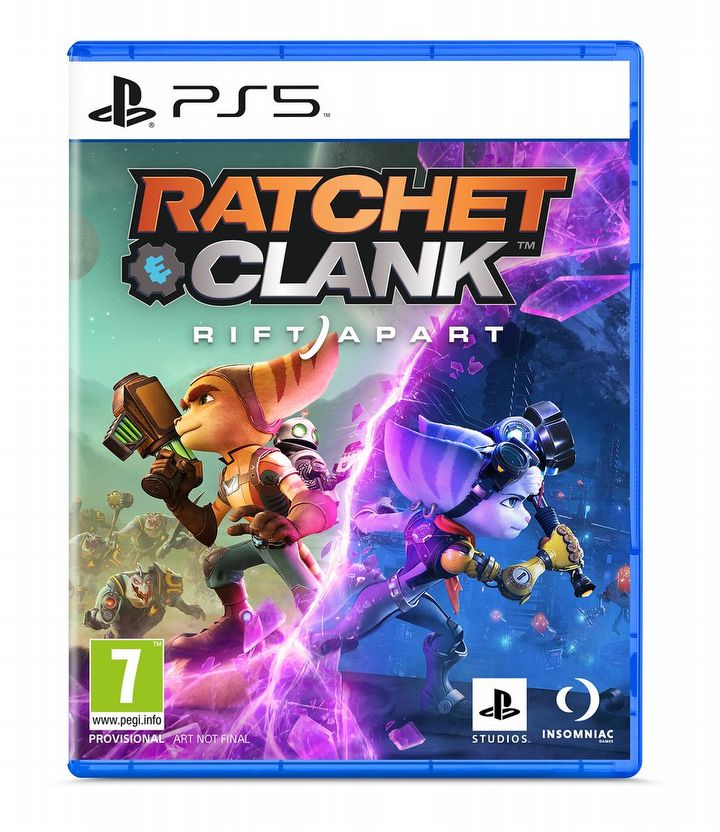 At the very end, an information for those undecided on the purchase. The devs ensure that Ratchet & Clank: Rift Apart will be the perfect title for people who have not had contact with the series before, because the story will be fully independent (although fans will certainly catch a few nods).