GTA Online and Red Dead Online will soon receive the first of several updates that Rockstar has planned for this summer. According to the developers, the upcoming content will introduce "many of the changes fans have been asking for," and the first of the updates will arrive later this month - on May 25 for Red Dead Online and May 27 for GTA Online.

At the end of May, it'll be worth heading to Los Santos if only to face off against other home-grown gangsters in 8 new stunt races. Soon afterwards (unfortunately Rockstar did not reveal the specific date) we will receive seven new arenas in Deadline and several new areas in Los Santos and Blaine County, where players will be able to fight in Survival Mode.

That's not all, however, as Rockstar is preparing the grand return of the car culture to Los Santos. There will be an underground car club, along with new tuning options and a space where players can show off their pimped up cars without fear of being blown up. In the coming months, there will be many more racing options and "multi-stage" robberies, where the right vehicle for the job can make all the difference..

More racing in the Wild West

GTA's western twin is also getting a package of new features. Next week's update will provide 8 new routes spread across the game's five-state map. Players will be able to take part in standard and non-linear races (each player will choose their own route leading to the designated point), using the new mounts. 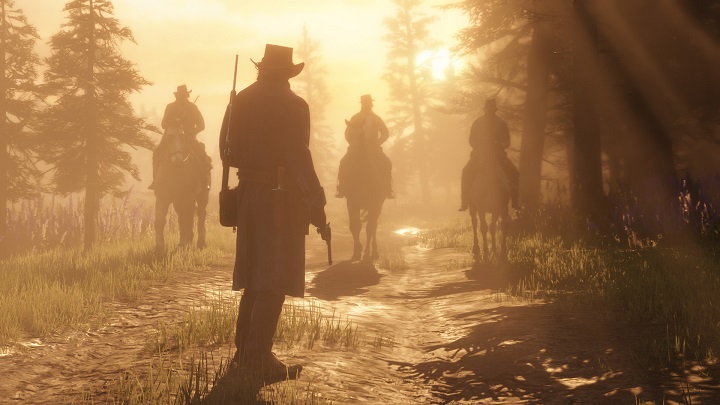 Interestingly, new types of competitions will also appear in the game - races with objectives and non-linear races with objectives. In addition to riding and navigation skills, you'll also have to use your superior archery skills to accurately hit targets during the frantic chase. These new features will appear in Red Dead Online on May 25th, 2021, and this is just the beginning of summer attractions planned by Rockstar Games.

The devs announce that the new content planned for the coming months is much more extensive. No details have been provided so far - there are only rumors that Guido Martelli from Saint Denis will have many interesting assignments related to the new criminal organization he's creating in Red Dead Online. In Los Santos, meanwhile, we will reportedly see a significant increase in the demand for stolen cars, which is likely to be linked to an underground car culture club.

The first of the summer updates will appear on May 25 in Red Dead Online and May 27 in GTA Online. Both games are available on PC, Xbox and PlayStation. Next-gen models of the latter will receive dedicated versions of GTA V and GTA Online in November this year, which we wrote about yesterday.

Steam Made Another Attempt at Fixing Bug in Biggest Game Libraries

Microsoft Announced the Date of Definitive Death of Internet Explorer

Square Boasts the Number of Unique Players in Outriders

Over a Dozen Announcements on Summer Game Fest 2021; List of Attendees Available

The Last of Us 2 60 FPS Update on PS5 Available