Evidence that Red Dead Redemption 2 is headed for PC has been around for a long time. The newest one saw the light of day thanks to Jacopo Colangelo, a level designer who works with Unreal Engine 4 technology every day. In the source code of Rockstar Social Club application Colangelo saw a mention of achievements waiting to be won in the PC version of the Rockstar's latest hit, as he announced on Twitter.

Those who need additional confirmation of these revelations can still go to this address, where the source code of Rockstar Social Club is waiting for them in all its glory. Rockstar Games has not yet taken an official position on this matter, so the above reports should still be treated with a pinch of salt. However, given that in the past some developers tried to boast that they were working on a PC version of Red Dead Redemption 2 (which took place in May and before that in June 2018), westerns enthusiasts can slowly prepare to conquer the Wild West in Arthur Morgan's skin.

Red Dead Redemption 2 debuted on PlayStation 4 and Xbox One on October 26, 2018. The production has been a huge artistic and commercial success; the former is evidenced by its excellent ratings, and the latter by the fact that in just over six months since its launch the game has found 24 million buyers. What's more, Red Dead Online, or its extensive multiplayer mode, according to Strauss Zelnick (CEO of Take-Two Interactive - mother company Rockstar Games) is doing better than GTA Online in the same period after the release. 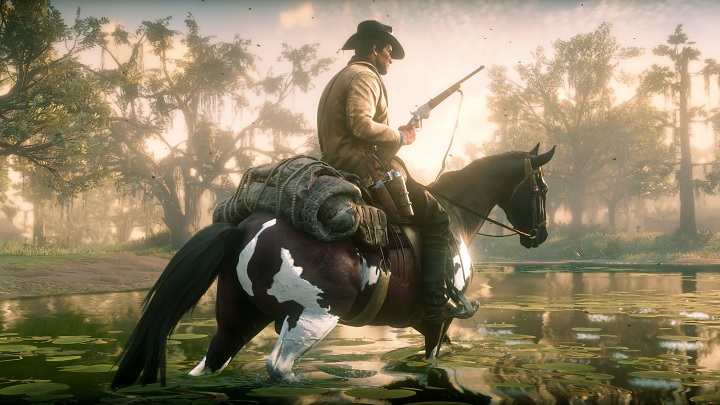