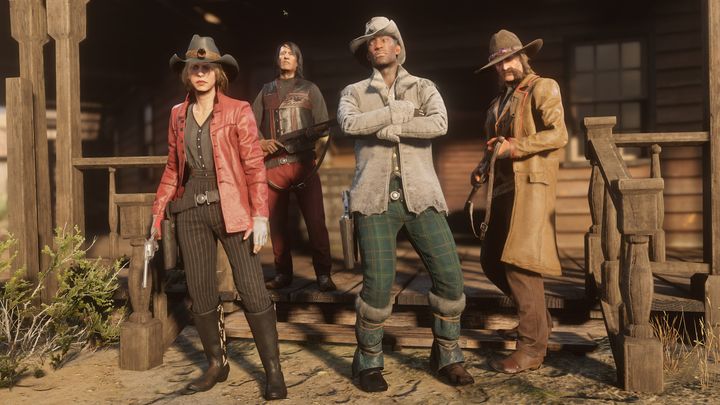 Red Dead Online is doing better than we thought?

Although Red Dead Redemption 2 is undoubtedly a great success for Rockstar Games, the situation of the online mode of the hit western, or Red Dead Online, is slightly more complicated. The game is constantly struggling with various types of problems and controversies. Nevertheless, according to the CEO of Take-Two Interactive, the game is more successful than GTA Online at the same point in time after its release.

The information was provided during the quarterly investor call (via Seeking Alpha). Strauss Zelnick doesn't specify what is the measure of this success - we don't know if it's about the number of players, earnings or any other kind of statistics. We found out, however, that Red Dead Online will receive "significant new content", as well as a lot of fixes of bugs and changes in the balance of the game. What is interesting, the production is expected to come out of the beta phase in this quarter.

Strauss Zelnick also noted that Red Dead Redemption 2 has already reached 24 million users. Let us remind you that the game debuted on October 26, 2018 on the PlayStation 4 and Xbox One consoles its online mode was released a month later) and is one of the best-acclaimed titles of recent years.