This autumn, an interesting course will begin at the University of Tennessee in the United States. An employee of an American university - Tore Olsson - intends to teach about the past of this country using Red Dead Redeption 1 and 2.

Olsson's general opinion about historical discourse in video games is not positive. He accuses the developers of inaccurately depicting the real world, but emphasizes that RDR is one of those games that skillfully addresses many important topics from a perspective of the period. Using Rockstar's games as an example, the American lecturer praises the developers' approach to discussing such topics as:

The idea of using RDR games to teach history certainly deserves praise. It shows that Rockstar's work about 19th-century America are not only entertaining, but also have some educational value. The attention to detail that the developer is famous for is also important in this context. The use of its games in education is good news from the point of view of gamer, who can thus combine entertainment and education. 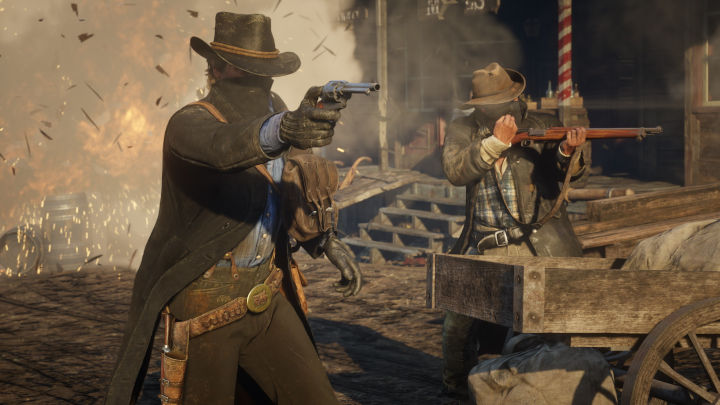 One of the topics discussed will be the mythology of the frontier. Source: rockstargames.com

It is worth noting that this is not the first time when video games will be used for a similar purpose. Last year ,we reported that Polish game This War of Mine was included in local high-school reading canon. Although it only achieved the status of optional reading, the very fact of its inclusion is quite an achievement.

Red Dead Redeption 2 launched in 2018 on consoles and in 2019 on PC. The game is hailed as "the best open-world action game" in history. Rockstar's work also won the top prize at the 2020 Steam Awards last month.

World's Most Expensive Game Free to Play for Next 10 Days

The Last of Us TV Cast on Wonderful Fanart