Have you ever wondered, while playing Among Us, how your individual gameplays look like in terms of statistics? How many times the crew was right when voting who is the impostor? How many times did you encountered cheaters? Which location on the map witnessed the most murders? These and many other questions appeared in the head of Reddit user Dinning. Finally, he decided to seek some answers. He recorded his last hundred matches in Among Us played on The Skeld (the one on the ship). The data he collected as a result of this analysis, was summarized on an infographic. You can see it below.

In his hundred rounds in Among Us, which, importantly, were fought with random people, Dinning was a crew member 74 times, and 26 times he played the impostor. The latter won 56 times on all 100 analyzed games.

During his adventures, Dinning has encountered several unpleasant situations. 46 times somebody left just after the match started. 3 times the game was made more difficult by hackers. In addition, six times some people acted not very honestly, using external communicators.

Dinning analyzed that the place on The Skeld map, where the players were most likely to be killed in the games was the electrical room. Not particularly shocking. The advantageous ventilation exit, located behind the wall dividing the room in half, often gives the opportunity to quickly murder an unexpected crew member trying to complete a task. The second place in the statistic was taken by the admin, and the third by the ship's corridors. In turn, the place with the lowest chance to meet death were the reactor, the lower and upper engine, and the armory. 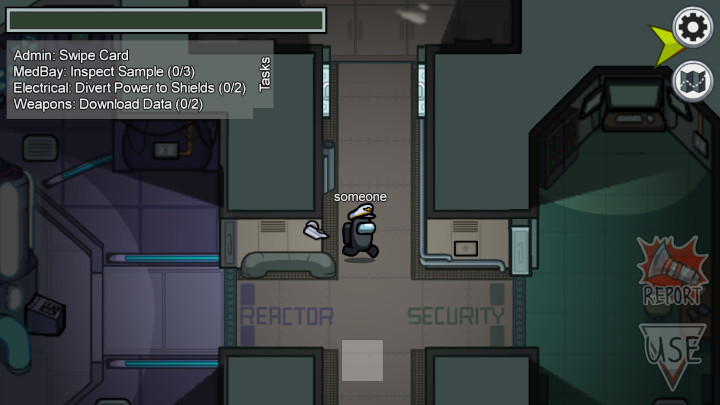 The corridors on The Skeld are not among the safest in Among Us.

And what about voting in Dinning's matches? Most often, 106 times, the crew members decided not to throw anyone out. But when they finally decided to space someone, they did it well in 96 cases. They were wrong only 58 times. Perhaps the statistics would have looked a bit different if some people had been able to defend themselves better. Four times Dinning faced situations in which the only argument one of the crew members had was simply "Trust me".

Of the other, already somewhat lighter statistics, during the hundred games in which Dinning participated, ten times the emergency meeting was called purely as a joke. In addition, nine times one of the crew members got so agitated that it was funny.

Among Us is available on PC (as a paid game) and mobile devices with Android and iOS (where it is free-to-play).

Dev Comments on Alleged GTA 6 Map; Offers his Own Concept

G.R.R. Martin on His Least Favorite Scene in Game of Thrones