What do players do when they don't get any official information about the next installment of their favorite series for several years? They turn to a variety of leaks, even the most dubious ones. This is known to Grand Theft Auto fans, who are currently discussing the alleged map from Grand Theft Auto VI. Initially it was considered an obvious fraud, but now many people are beginning to believe in its authenticity. However, not everyone has been convinced by the arguments which are supposed to prove the authenticity of the two-year-old graphic and its latest "addition". Among them is Reddit user bobert_hoses, an independent game developer specializing in 3D mapping. The developer has a handful of fan made mapconcepts and decided to use his experience to prove that an alleged leak is definitely a fake.

In a Reddit thread, bobert_hoses enumerated elements that, in his opinion, prove against the map's authenticity. Alleged virtual Miami (or Vice City based on it) is deprived of objects known from its rea-life counterpart. There are no city highway junctions or connections between such roads and the airport. There are no buffer zones between runways and other zones. There are also no low buildings (common in Miami, according to the user, which is mainly a suburban agglomeration), green areas, water channels, farms and other expected landscape elements. Not even the Miami river flowing through the city is there.

The map of the smaller island is less bizarre, although, as bobert_hoses notes, it is much easier to falsify a map of a small island with an equally small town. However, even here, the author points out a few inaccuracies, for example that the beach surrounding the whole island lacks variety. What's probably the strangest thing is that the graphic does not show any port, harbor or even airport. So how would people get to the island in the first place, bobert_hoses asks? These kinds of shortcomings are all the stranger because we are talking about a game from Rockstar Games, a company known for attention to detail that leaves all competitors far behind. Enough to mention Red Dead Redemption II, faithfully reproducing not only the appearance, but also the behavior of about 200 species of animals, not to mention buildings, visuals and many other examples of the incredible care of artists. For comparison, bobert_hoses has included its own concept of a GTA VI map - the graphic is posted below.

At this point the case should be closed - the map is as obvious a fake as it seemed at the beginning, and we can return to the agenda and wait for the official information, right? That's probably how things would have gone if it wasn't for one little detail. Another Reddit user, aCursingSmurf1, has noticed a tweet from 2015 by Video Game Marketing. It contains a simple photo, allegedly taken by the author in his office. In the left corner you can see a small logo of Take-Two Interactive, the publisher of Grand Theft Auto, which suggests that the user worked for it or one of its studios.

What is the connection between this seemingly random entry and the alleged GTAVI map? Well, aCursingSmurf1 found it after checking the account that published the first part of the leak in December 2018. The account is followed only one other account - the same one that provided the photo with Take-Two's logo. Moreover, the alleged employee of the company posted the last entry on December 19, 2018 - exactly on the same day and almost at the same time the alleged map of the sixth GTA appeared on Twitter. Let's add to this the content of Video Game Marketing's message, suggesting a reunion in "Miami". The entry in quotes may suggest that it will be an alternative version of the American city. For example, Vice City.

When five years for a leak is not enough

We point out that the credibility of this leak is still in considerable doubt. We have absolutely no confirmation that, for example, Video Game Marketing did not print the Take-Two Interactive logo. If that were the case, we would have to give it to the faker: he showed unearthly patience that wouldn't lose even to most forgiving GTA fans waiting for the sixth installment. Five years ago he posted a photo suggesting he was hired by the publisher, and only three years later he posted the first part of the leak. If we assume that the map of the island also went online because of him, the author waited almost two more years to continue this farce. 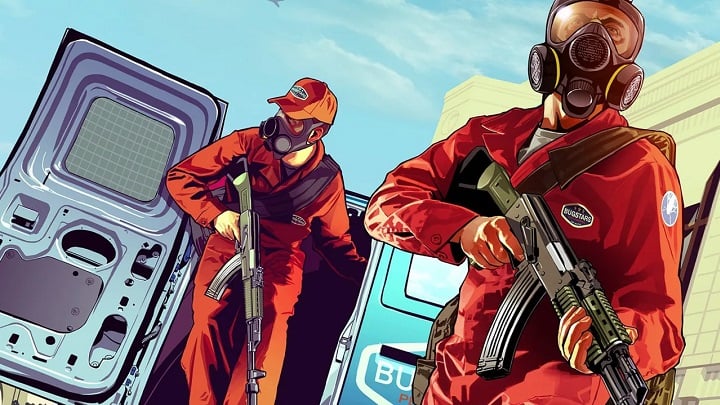 GTA fans have been waiting for years for information about the sixth installment of the series. In vain.

Such a scenario sounds unbelievable and many people point to it as an argument for the authenticity of the leak. Personally, I wouldn't underestimate people's persistence and malice, but it's true that it makes you think. For the time being, we traditionally recommend that these and similar reports be treated as false until we have official information. We will probably have to wait for these, however. Rockstar is not giving any indication of a possible reveal of Grand Theft Auto VI and this is unlikely to change in the near future. Finally, the launch of GTA V on ninth generation consoles is approaching and in this context the announcement of the sixth installment would be unreasonable from a business point of view.