After the recent presentation of Resident Evil Village, the Internet went crazy for Lady Dimitrescu, the 2.9-foot-tall vampire who will be one of the game's main antagonists. Capcom decided to talk about what inspired the developers when creating the character.

In an interview with IGN, Resident Evil Village art director Tomonori Takano revealed that the team wanted to offer players a confrontation with vampires, but the developers didn't feel like recreating the standard vampire incarnations prominent in pop culture. While creating Lady Dimitrescu, one of the inspirations was Elizabeth Batory, a Hungarian aristocrat also known as the Blood Countess.

Two other characters on whom the creators based their work are fictional. These are Morticia Addams from the Addams Family franchise (specifically the 1990s version played by Anjelica Huston) and Hasshaku-sama, a ghost from modern urban legend originating in Japan.

Hasshaku-sama first appeared in an anonymous post on 2channel forum. It is an apparition taking the form of a woman over two meters tall, wearing a large white hat. Every ten years she appears in a village and chooses a new mate, who dies within a few days. The ghost is able to imitate the voices of its victim's family members, which it uses to lure him into a trap. The way to avoid death is to leave the settlement, as Hasshaku-sama is trapped within its borders. 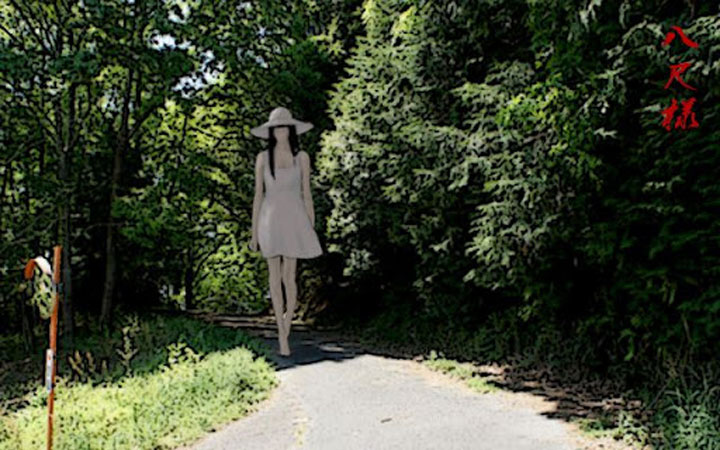 Lady Dimitrescu's project is based on, among other things, the apparition known as Hasshaku-sama.

Tomonori Takano revealed that the first concept art he drew of Lady Dimitrescu showed the vampire bending over to fit through a doorway. After completing this drawing, the artist knew he had hit the jackpot and the scene eventually found its way into the game and a recent trailer. Despite this, the popularity of the character proved to be a big surprise to the developers.

Resident Evil Village will be released on May 7, this year. The game will launch simultaneously on PC, PlayStation 4, Xbox One, PS5 and Xbox Series X/S.