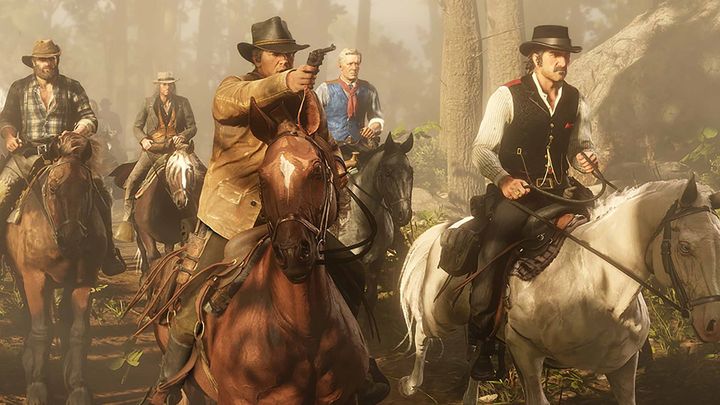 The RDR2 patch will fix the most serious problems.

The PC version of Red Dead Redemption 2, a western hit from the legendary Rockstar Games studio, is to receive its first update today. The patch focuses on fixing the most serious bugs that prevent players from playing the game, such as start-up problems, crashes and freezes, or stuttering (clear lack of smoothness, despite good hardware and a relatively high number of fps). The complete list of changes can be found in the relevant thread on Reddit.

It is worth noting that the latter issue has not been eliminated in 100% - developers warn that a small number of players may still face some complications. The problems are most likely related to using some processors in conjunction with the GPU and some Nvidia drivers. Rockstar Games has assured that they are working with the GPU manufacturer on a comprehensive solution, but it may take a few days to test it.

Creators also apologized for the situation and announced that as a compensation PC players who played RDR2 this week, or will do it in the "holiday season". (which is probably until the end of the year, although this has not been specified) will receive a pack of gifts for Red Dead Online, which includes, among other things, a poncho and ammunition.

We sincerely apologize for this temporary inconvenience and will update you as soon as we have more information to share  we want everyone to be able to experience Red Dead Redemption 2 on PC as we intended as soon as possible," we read in the statement.

Let us remind that the PC version of Red Dead Redemption 2 debuted on November 5. Unfortunately, it quickly turned out that the production is struggling with a large number of serious errors, which in the case of many players and hardware configurations make it difficult or even completely impossible to have fun. It's good that Rockstar Games took the repair of its work seriously, but it's a pity that it happened at all - such a high-profile launch shouldn't take place in a similar atmosphere.