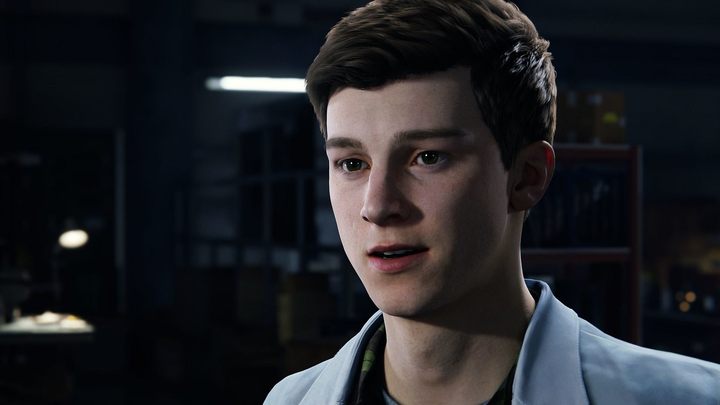 Peter Parker has changed beyond recognition over the last two years.

The continuation of Spider-Man from PlayStation 4 is one of PS5's most anticipated launch titles. The fact that Miles Morales in the Ultimate version will include the refreshed prequel may be an additional incentive for some users. That's probably why today's entry on the official PlayStation blog focuses on the upgrades that the remastered game will receive. These include one intriguing change - in Spider-Man on PlayStation 5 we won't see John Bubniak as Peter Parker. Instead, Insomniac Games has cast Ben Jordan as the web-slinging superhero. You can see the effect on the video below.

The change of actor may come as a surprise, but the studio explained that this is to better "fit" Peter Parker's model to the expression of Yuri Lowenthal (who lent the hero his voice) captured by facial capture technique. We can guess that John Bubniak's face didn't match the facial expressions of the voice actor perfectly, which became especially noticeable in the face of graphical corrections featured in the remaster (including adding support for 60 fps). Lowenthal himself was disqualified by too much of an age gap - the face of an almost 50 year old actor would definitely not fit the role of a twenty-three year old superhero.

Apart from the above, Insomniac also discussed the aformentioned graphic improvements. The creators tried to take full advantage of the capabilities of Sony's new console. The game will feature ray tracing (which will be visible in the reflections in the glass), a much more detailed world and new character models. The remaster will also offer support for the DualSense controller functions and - of course - almost instantaneous loadings (although fans of the animation accompanying quick travel will be able to turn it on as an additional setting). Those who prefer to play in 60 fps will receive a performance mode, which is presented in the next video (below). Unfortunately, Spider-Man's card on the official PlayStation 5 website confirms that the patches do not support native 4K resolution. The console will use so-called "dynamic 4K", which means upscaling the image.

Remastered Spider-Man will only be available in digital distribution as a voucher for Spider-Man: Miles Morales in the Ultimate version. The game will be PlayStation 5's launch title, so we'll be playing it on the day of the console's release, November 12.

Anyone Among Us Still Remembers Fall Guys?