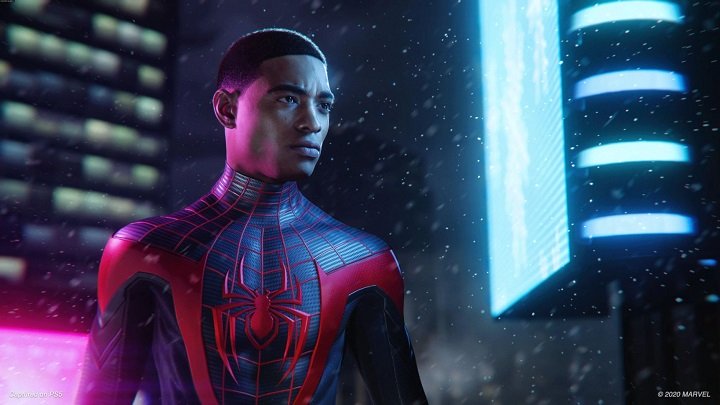 Spider-Man: Miles Morales promises to be one of the most important items for PlayStation 5 this year, and it turns out that it will offer more attractions than initially revealed. The game will be accompanied by a remaster of Spider-Man, which was released two years ago on PlayStation 4. It is not yet clear whether any of these game can be purchased separately.

This information comes from the Game Informer magazine. In this article we can read that "Spider-Man: Miles Morales will not be a traditional sequel, as a re-mastered version of Spider-Man will be added to the game to take full advantage of the extra power offered by PlayStation 5".

The latest information helps to understand what Spider-Man: Miles Morales really will be. The announcement of the project has caused a lot of confusion. The players were not sure whether it was to be a new game or just an expansion for the original. The developers explained that it was a "new adventure", but this did not dispel all doubts.

Journalist Jason Schreier (formerly Kotaku, now Bloomberg) claims that it will be an independent game, whose scope will be similar to Uncharted: The Lost Legacy. This title was something between an expansion and a full-fledged sequel. The fact that Spider-Man: Miles Morales will include a remaster of the first part fits this information. This should help to justify the full price of the project, as the new adventure will take place on the same city map, but in the winter version. Some players might have a problem with spending 60 dollars on this title. By the way, the lack of knowledge of the original will not be an obstacle for those who want to play as Miles.

As a reminder, Spider-Man: Miles Morales is coming exclusively yo PlayStation 5 and will be released at the end of this year, but the exact timing has not yet been revealed.