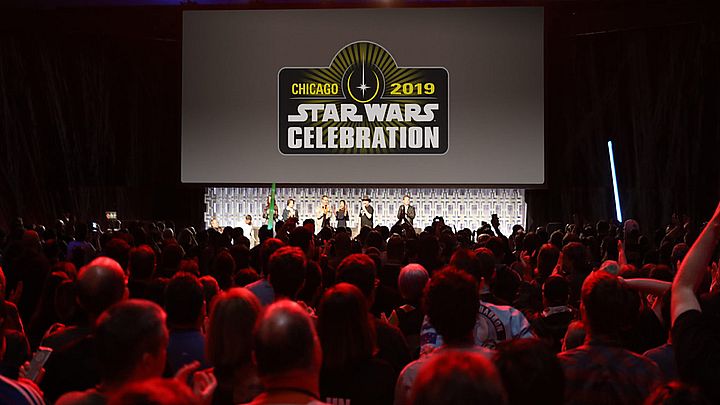 The official schedule of the Star Wars Celebration 2019 event, which will take place in Chicago on April 11-15, has appeared on the web. Thanks to this, we learned the date when the creators of Star Wars Jedi: Fallen Order will officially show their new game to the world. The presentation will take place on April 13 between 1:30 and 2:30 PM. We would gladly see a trailer and gameplay footage from the game on the stage, not to mention its release date. And this will probably happen, because the creators announce "a few surprises" in the official description:

Join the head of Respawn Entertainment, Vince Zampella, and Game Director, Stig Asmussen, along with many special guests, to be the first to learn about this holidays highly anticipated action-adventure game, Star Wars Jedi: Fallen Order. Hear how Respawn and Lucasfilm collaborated on this original Star Wars story, following a young Padawans journey in the Dark Times following Order 66. And, of course, well have a few surprises in store.

Star Wars Celebration is, above all, a great opportunity to show the fans what's new on the silver screen. On Friday, April 12 at 11:00 AM a panel dedicated to Episode 9 will take place, where we will probably get to know the title and see the first trailer of the show. Star Wars Celebration will also feature a presentation of The Mandalorian series, starring Taika Waititi (director of the last installment of Thor).

Fans will probably be delighted by the fact that Dave Filoni and guests will also talk about the returning TV series Star Wars: Clone Wars. During the presentation we are to learn some new details about the upcoming seventh season. All events will be streamed on the franchise's official website. There are less than three weeks left before the event. Will we learn something new about Star Wars products before then?