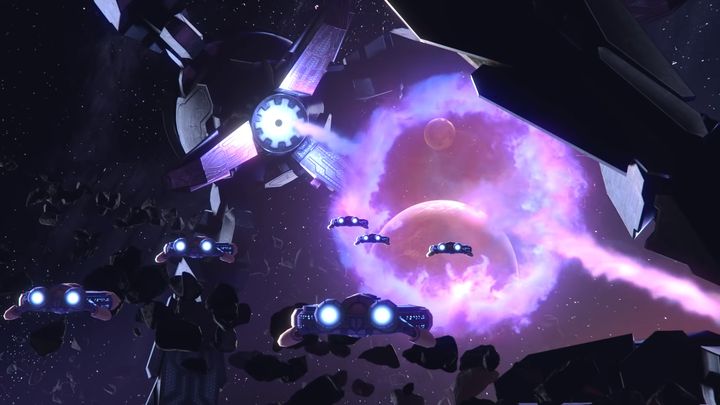 Paradox Interactive has announced that on the occasion of the third launch anniversary of the grand space strategy Stellaris it will be possible to play the aforementioned production on Steam for free over the weekend. Also presented was a birthday trailer showing the universe in which the game takes place. You can watch the climatic movie below.

As in most such situations, the move is associated with a large price reduction - both the regular edition and the Galaxy Edition are no 75% off (in the first case we will now pay $9.99, in the second case we will pay $19.99). Also Stellaris: Starter Pack can be bought cheaper, containing the basic game with Utopia and Apocalypse add-ons (66% discount, which translates into a price of $26.97), and all expansions (in their case, the reductions range from 20 to 50%).

We would like to remind you that Stellaris was launched on the market on May 9, 2016 and was initially available only on PC, but in February this year it was ported to PlayStation 4 and Xbox One. The game was warmly received by the industry media - in the case of the PC version, the average review score at Metacrtitic is 78%. The title has also received numerous expansions.