Less than a month ago Sony announced approximate dates for the release of three games aimed at, among others, PS4 and PS5. One of them was the cyberpunk adventure game Stray, in which we are to impersonate a sweet cat and explore the city of the future from its perspective. The title was to be released in the summer of 2022. However, we did not know when exactly.

It is possible that the so far undisclosed release date of Stray has been leaked today in the PlayStation Network database. If it turns out to be true, the game developed by Blue Twelve will be made available on July 19. Of course, there is a possibility that we're dealing with a placeholder, but everything seems to indicate that this is when Stray will actually launch.

Confirmation of this information should be expected at one of the game shows, which will take place in June. 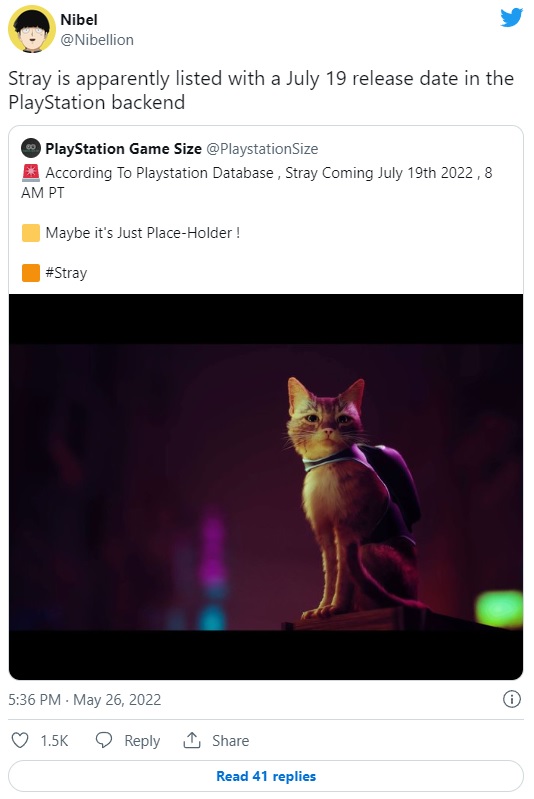 My Time at Sandrock Romances and Characters

God Simulator WorldBox Just Got a Lot of New Features