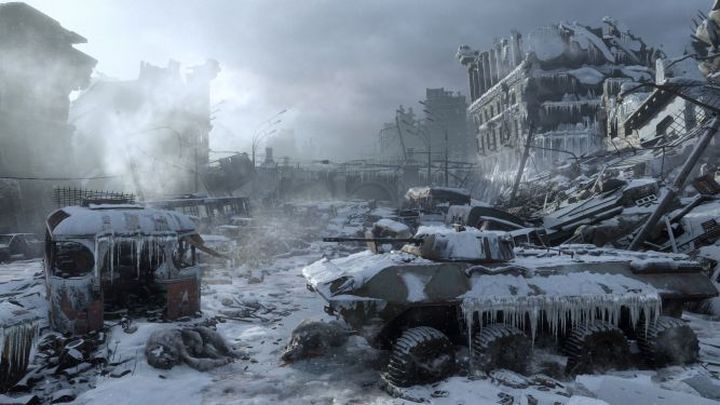 The turmoil around Metro Exodus continues.

Recently, industry media reported that the PC version of the promising post-apocalyptic FPS Metro Exodus from Studio 4A Games for a year will only be available on the Epic Games Store platform (the boxed edition will also include the keys to this store). It seems like the decision has been made by Koch Media, the owner of Deep Silver (which in turn owns the right to the Metro brand). The publisher THQ Nordic  which acquired Koch Media in 2018  decided to distance itself from this situation by publishing a short statement on Twitter.

The decision to publish Metro Exodus as a timed Epic Store exclusive was made entirely on Koch Medias side as Metro is their intellectual property. They are a sister company of THQ Nordic (Vienna), which is the reason why we can and will not comment on this matter, as we read in the statement.

Koch Media had the right to sign an agreement with Epic Games because, despite the change of ownership, it retained its independence (hence the phrase "sister company" in the tweet). However, it is worth noting that THQ Nordic does not exclude that in the future it will make a similar agreement with some party  although in principle it prefers to offer the players a choice.

We not want to categorically exclude the possibility of timed exclusives for any of our games in the future, but speaking in the here and now, we definitely want to have the players choose the platform of their liking and make our portfolio available to as many outlets as possible, follows the statement.

Metro Exodus was announced during the E3 2017. The production will debut on February 15  in addition to PC, the game will also be released on PlayStation 4 and Xbox One. The production will support the impressive ray tracing technology (currently supported only by Nvidia GeForce RTX GPU series).

American McGee is working on another Alice