65 billion dollars - that's the record amount spent in mobile apps in the first half of 2022. According to analytics group Sensor Tower, this result is 1% better than in a similar period a year ago, when the market generated $64.4 billion in revenue.

Mobile market slows down, but continues to grow

While this result shows the power of mobile applications, it paradoxically indicates a significant slowdown in the market. In 2021, year-on-year growth was almost 25%. It is also worth noting that the users spent more only in the App Store. The Google Play store did worse than a year ago, recording a 7.4% drop in revenue (from $23 billion in 2021 to $21.3 billion in 2022). 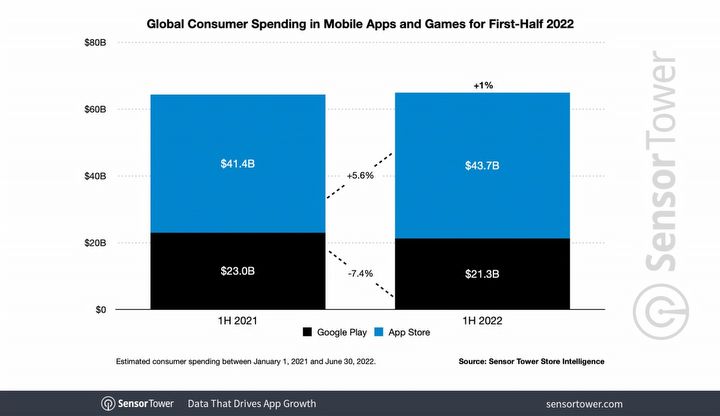 Apparently, the situation in the market has begun to normalize, which can also be seen from the number of installed apps. Admittedly, there were slightly more of them in 2022 (up 0.4% in total), but only thanks to downloads from Google Play. Users of iOS devices were less likely to install new programs, although, as can be seen in the chart above, they were much more likely to spend money in them.

Despite the markedly lower growth, Sensor Tower still predicts that the mobile market will continue to gain in the years ahead, reaching $233 billion in revenue in 2026 (on an annualized basis).

TikTok most popular and most profitable

Speaking of apps, TikTok was once again the most downloaded and highest earning mobile app. Instagram and Facebook overtook it in the Google Play store in terms of number of installations, but even on that platform the service ranked third. On top of that, none of the competitors from Meta even caught the top ten in terms of user spending, which includes apps such as Tinder, Disney and Tencent Video. 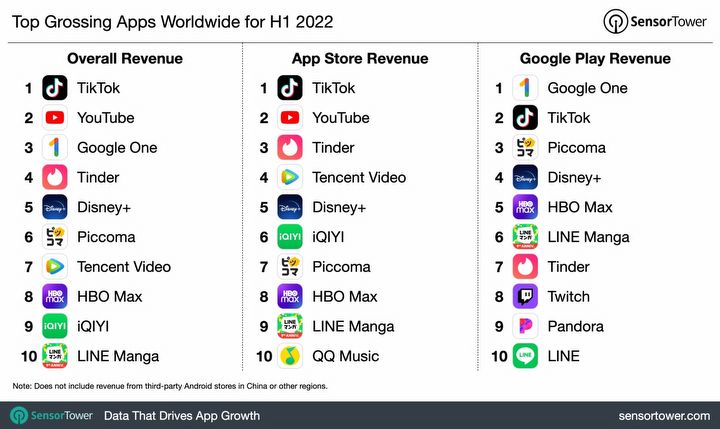 The decline can also be seen in the game segment, although developers and publishers are unlikely to complain about revenues. Honor of Kings and PUBG Mobile were the only titles in which gamers spent more than $1 billion in the first half of 2022 (about $1.4 billion and $1.1 billion, respectively). As a reminder: in the second half of 2021, as many as eight game succeeded in this art.

These two games were almost joined by Genshin Impact with a score of $986.2 billion. Further positions included Candy Crush Saga, Pokemon GO, Roblox and Lineage W. The latter title dominated the Google Play store, but only ranked ninth in the overall market comparison. 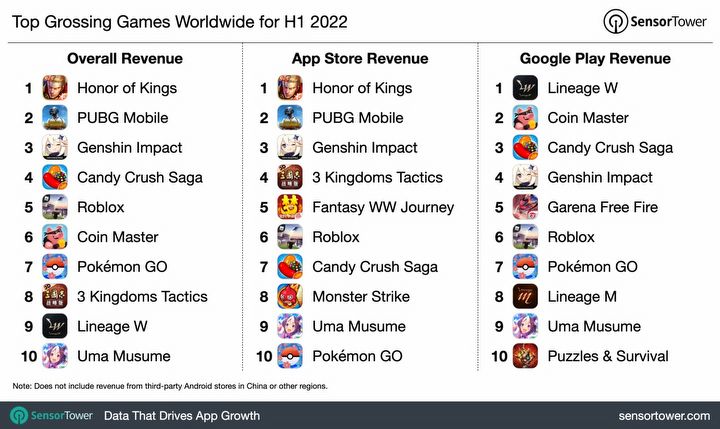 Funnily enough, most of the above-mentioned items will not be found in the list of most downloaded games. The most popular mobile games of 2022 turned out to be: arcade game Subway Surfers and battle royale Garena Free Fire. PUBG Mobile and Honor of Kings did quite well in the App Store, but only the first of these titles was among the ten games with the most installations. 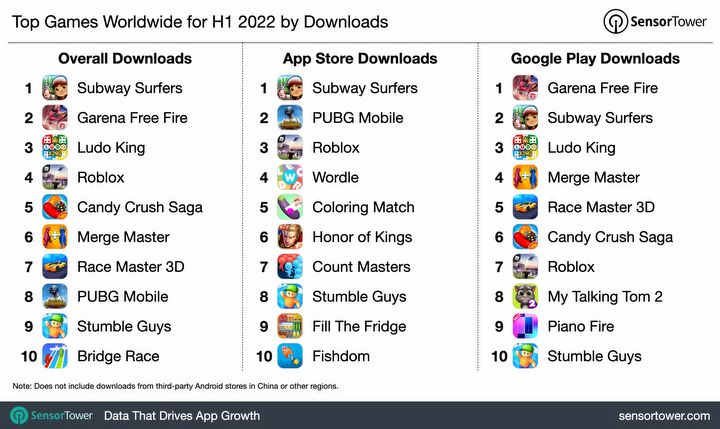 Resurgence Looks Like Real The Division, Only 10 Years Backwards

CD Projekt No Longer at the Top of Polish Gamedev; New King is Here

Things Skyrim Could Have Done Better in Player Hindsight

This App Removes an Annoying Feature From CSGO