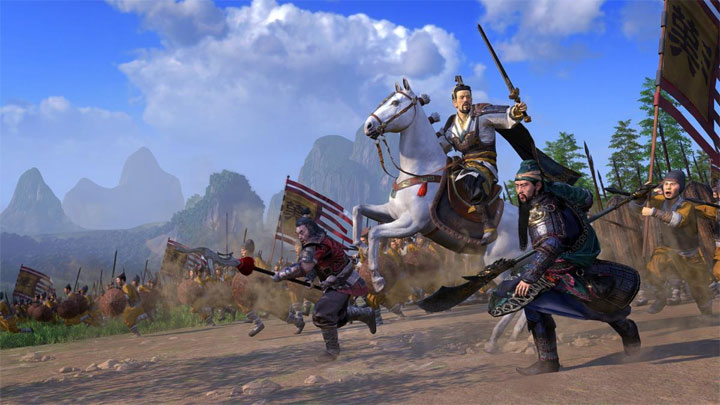 The game was released on May 23 and is available only on PC.
TOTAL WAR: THREE KINGDOMS ACHIEVEMENTS:

The day before yesterday we informed you that Total War: Three Kingdoms had the best debut of the year on Steam and is growing in popularity faster than any previous installment of the series. At that time, however, we did not have any concrete sales results. Now we do.

Creative Assembly boasted that within a week of the launch the sales of Total War: Three Kingdoms exceeded one million copies. This is not only the best result in the history of the cycle, but also a record in the genre of strategy games on Steam. Of course, it should be emphasized here that this applies only to this website. StarCraft II: Wings of Liberty has found 1.5 million buyers in 48 hours since its market debut, but the game is available only via Battle.net.

Total War: Three Kingdoms not only sells well, but also impresses in terms of player activity. On the first Sunday after the launch, at the hottest moment of the day, the game was enjoyed by over 191 thousand people. No new Steam production has achieved such a result this year. The previous leader was Sekiro: Shadows Die Twice, who boasted a record of over 124,000 people playing at the same time.

The success of Total War: Three Kingdoms was due to several factors. The game was warmly received - the average score was 84% on Metacritic. Additionally, after several years of playing Total War: Warhammer and Total War: Warhammer II, the fans of the franchise felt like having another major historical installment.

Above all, however, the success of the game is due to its huge popularity in China. The decision to set the game in the ancient China turned out to be a hit. The devs put a lot of effort into faithful recreation of the so-called period of Three Kingdoms and the local players are delighted with the result.