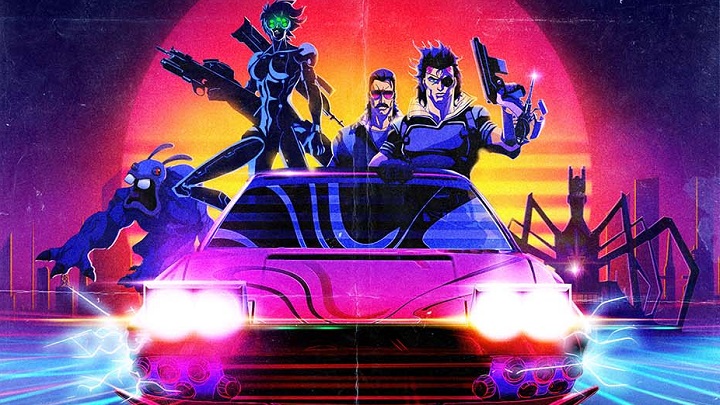 Crazy DLC for Far Cry 3 will return on the small screen. In the picture: A fragment of a poster provided by Ubisoft (source: The Hollywood Reporter).

If you ask someone about upcoming Ubisoft projects, they would probably start by listing new installments of Assassin's Creed or Far Cry, Beyond Good & Evil 2 and so on. Somewhere further down the road there would probably be some wishful thinking about the return of forgotten franchises, or perhaps someone would have mentioned new titles like Gods & Monsters. Meanwhile, it turns out that the next goal of the French company are... animated TV shows. The publisher revealed its plans to create more animated series in an interview for Hollywood Reporter. We wrote "more", because the company has already produced four seasons of the series Rabbids Invasion, which, ironically, has already been adapted into a video game.

What's interesting, the company has something more in mind than just children animations. According to Helen Juguet from Ubisoft Film & Television, the company wants to appeal to audiences of all ages and deliver "visually innovative and engaging feature films". Therefore, apart from cartoons with Rayman and characters from the Hungry Shark series aimed at the youngest audience, the publisher plans to use two IPs for slightly older viewers. We're talking about the Watch Dogs and Far Cry series, the first of which will be a cybermyster series for teenagers, while the second one will remind us of the crazy Far Cry 3: Blood Dragon expansion in Captain Laserhawk: A Blood Dragon Vibe. Interestingly, Adi Shankar, the creator of the animated Castlevania from Netflix, is responsible for the latter project, and according to Juguet Ubisoft he was given a lot of freedom.

Concept art for one of the planned Ubisoft series. (Source: The Hollywood Reporter).

Both productions are to become a part of a larger multiverse together with other adaptations of Ubisoft's brands. The company does not intend to limit itself to cooperation with external studios only. Juguet revealed that in the publisher's animation studio there is a small team whose task is to adapt the French company's games to other media. So it seems that Ubisoft's interest in small screen is more than just a momentary whim or a single jump. We'll see what happens.