Yesterday, Valheim - an open-world survival multiplayer game where we play as Vikings competing for access to the afterlife - launched in Steam's Early Access. The title is quite popular - according to SteamCharts stats, yesterday a record number of people playing simultaneously was recorded (20038 users). 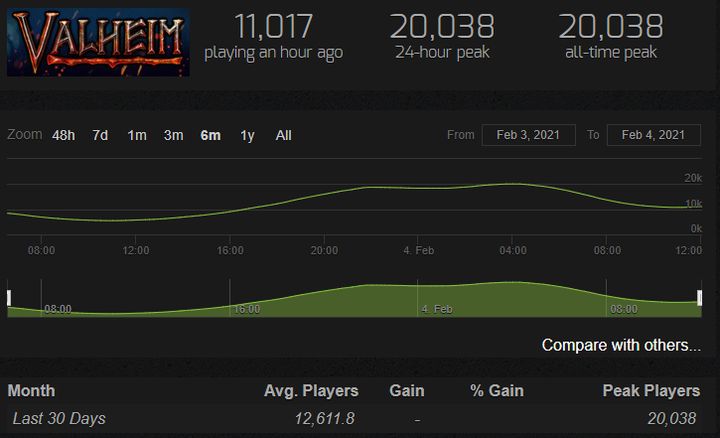 The game's developers are certainly pleased with the success, but they do not intend to rest on their laurels. Instead, intensive work is planned, thanks to which Valheim will become even better. Before the end of this year, the game should receive at least three major updates, titled Hearth and Home, Cult of the Wolf and Ships and the Sea. Unfortunately, it's unclear what exactly they'll introduce, though the titles are undoubtedly some suggestions of possible content. For sure, we'll also get another type of realm - the so-called Mistlands.

If the developers have enough time, they will also work on further fixes and innovations. The list includes such things as interactions in multiplayer mode, improvements to the combat system, moon phases, tar pits, more unique locations, or sandbox mode. The full list of planned new features can be found in the infographic below.

60,000 Bans in CoD: Warzone in Response to Cheater Deluge