Steam's recent Early Access addition, Valheim is gaining popularity. According to Steam Charts, on Tuesday evening, more than 160,000 user were playing Iron Gate Studio's work at the same time. The emerging Valheim community appreciates many aspects of this independent game, but recently one important detail has been brought to their attention. The game takes up only 1 GB of storage space.

This has been brought to our attention by Reddit users, who are unanimous in their amazement at how a game that looks so nice and works so well (especially since it's only Early Access) can be so "light".

"It blows my mind how a game that looks this good is so small in size, can anyone explain how this works?"

"The visuals are very nice and I like the art style a lot. That all of this fits into mere 1 GB instead of eating my resources like other recent games, is the icing on the cake."

Speaking of Early Access, Valheim received update 0.143.5 today, which, among other things, fixes ragdoll, improves world and character saves and enemy AI. The full patch notes can be found here. 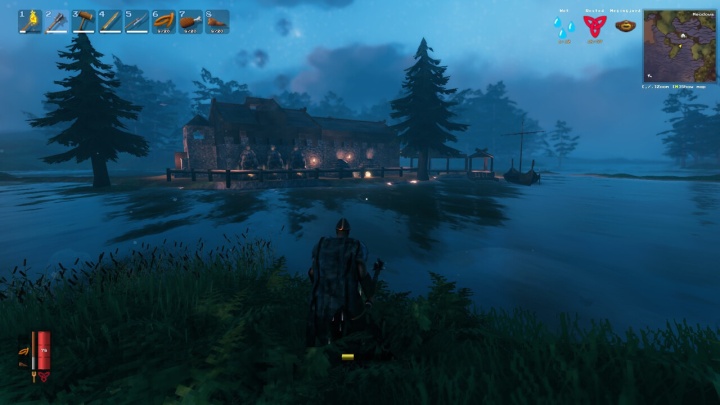 Even if the textures are not in the highest resolution, Valheim has its moments

Internet users point out that the small size of the game may be due to the implementation of low-resolution textures, which are less resource-intensive. As we know, low resolution textures don't always have to mean ugly graphics, if used with the right style and lighting. It has also been pointed out on the forums that Valheim's characters are mute, eliminating the need for recording dialogue lines like in big AAA role-playing games.

The thing to give Valheim credit for, however, is that packing all of the game's activities into just 1 GB is really something. Keep in mind that the game generates a large, procedurally-generated world with plenty of activities to do, such as exploration, crafting and sailing.

Chinese Steam Launches With 53 Games and No Forum